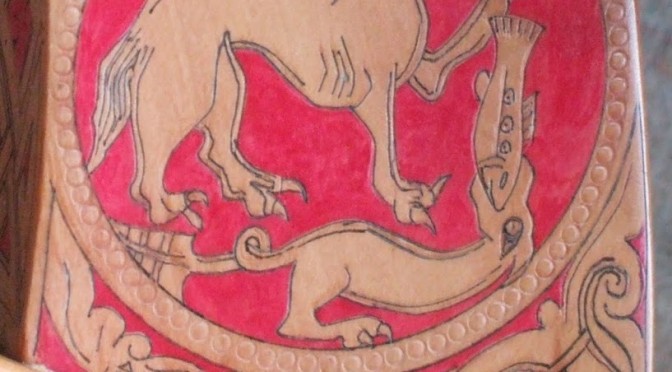 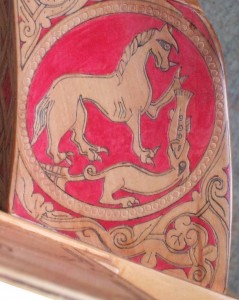 Yesterday I was listening to In Our Time and they were discussing unicorns. The discussion of how unicorns were depicted in medieval art was very interesting and made me think of the unicorn on the forepillar of the Queen Mary harp, carved perhaps in South Argyll, Scotland, in the 15th century. That one is slightly unusual in that it has a short, thick, snout-mounted horn rather than the usual long twisted forehead-mounted one, but most strange of all is that it is stuffing a fish into the mouth of a Lindworm (wingless bipedal dragon). It is also not clear what the projection above its eye might be – a forelock or mane, or an eyebrow, or a rudimentary second horn?

The illustration here shows the Queen Mary harp unicorn as copied by David Patton on my replica of the harp.