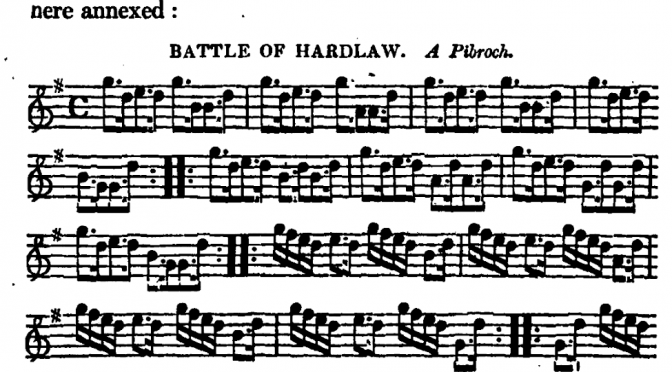 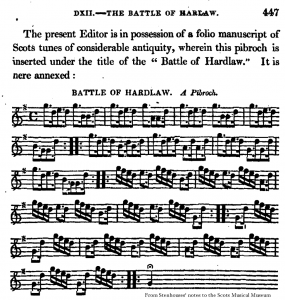 For the third in my series of Saturday afternoon music workshops in Dundee’s Wighton Centre, we looked at the ceòl mór or pìobaireachd of “the Battle of Harlaw”. This is a complex and disputed area of study, with many scholars not noticing the connections and relationships between various source notations, or being misled by variant titles or historical claims. We looked at and sung through five different versions, starting with the ballad text in the Scots Musical Museum, and then looking at Danial Dow’s 1796 fiddle pibroch variation set, the lute version from the Rowallan manuscript (c.1620), the version published by Stenhouse in the 19th century copied by him from a now lost “manuscript… of considerable antiquity” and finally looking at a standard pìobaireachd setting, “The Desperate Battle of the Birds”.

Links to these items will be found on my Harlaw web page. Next week we will consider the English masque tune, as well as revisiting the Gaelic Brosnachadh. 2pm in the Wighton Centre, DD1 1DB.