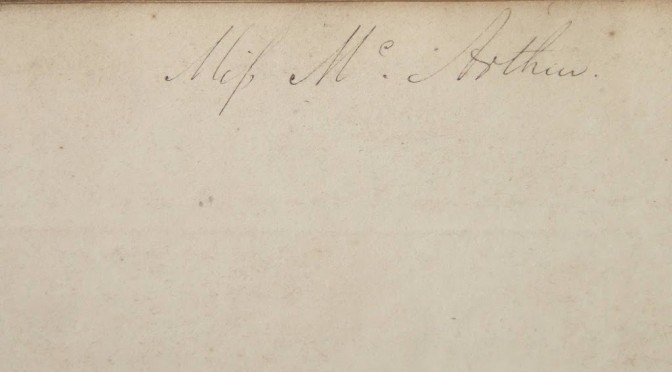 I found in an old Edinburgh bookshop, an early 19th century bound album of printed and manuscript music. It is a companion volume to one I already own, being in the same distinctive quarter leather binding and with the same name inscribed inside the front cover: Miss Mc. Arthur 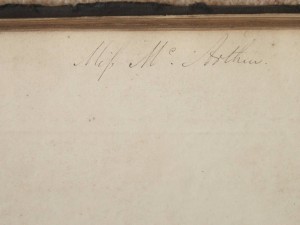 This second volume has very little Scottish music in it, unlike the first volume. But one thing caught my eye; this nice collection of Scottish tunes published by James Taylor, Teacher of Music, Elgin. 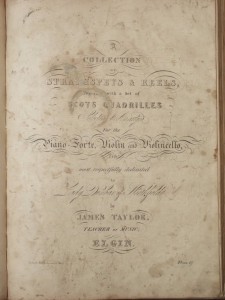 The dedication, to Lady Dunbar of Northfield: 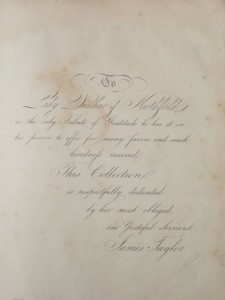 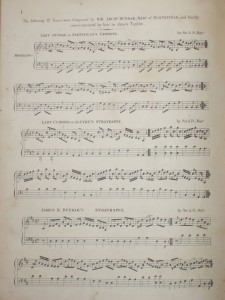 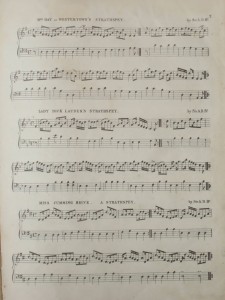 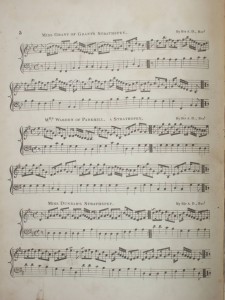 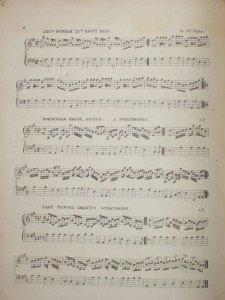 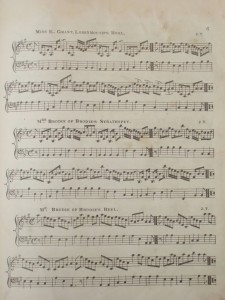 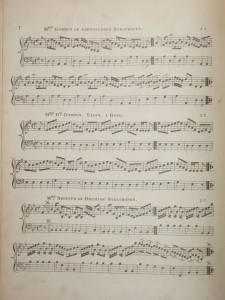 Page 8: Miss Catherine Stewart of Desky’s Reel; Miss Brander of Springfield, a Strathspey; A Lament for Mrs Tulloch, Kirkmichael; all by JT 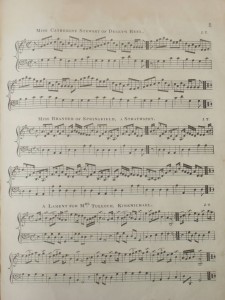 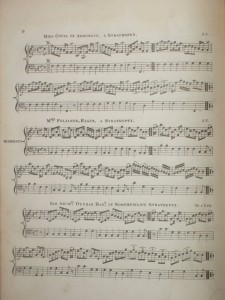 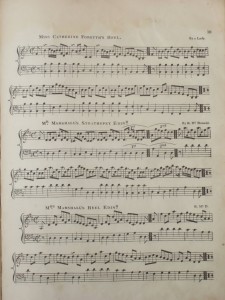 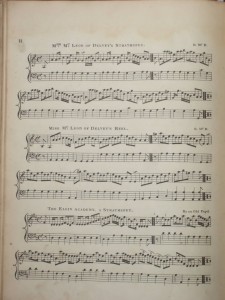 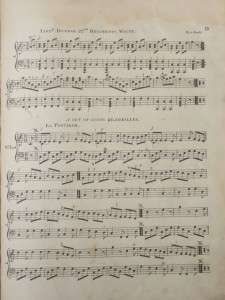 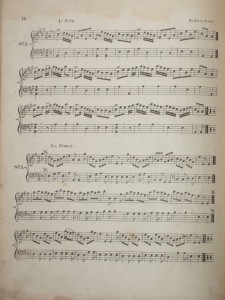 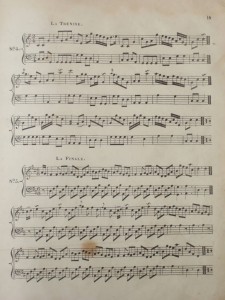 Page 15: The Surly Gallope, by a Young Lady; Mrs G Forbes, Ashgrove, a Strathspey, by a Lady 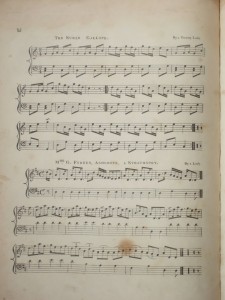 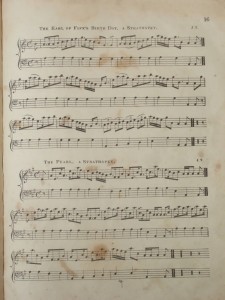 If you click on a page image you will be able to view it much larger. Let me know if you play or perform any of these tunes.