Simon Chadwick is about to start his much-loved annual summer series of medieval harp concerts in St Andrews Cathedral. The first event in the series is a programme of medieval church music from the 12th century.

The concert is on Tuesday 5th June, at 12.45pm, in the Priors House, a medieval vaulted chamber in the cathedral grounds in St Andrews.

This concert features a programme of sacred music from the medieval heyday of the cathedral, including tunes lifted from St Andrews Cathedral’s own medieval manuscript of sacred chants. There will also be music for St Columba, from Inchcolm abbey in the Firth of Forth.

As well as playing the Scottish monastic plainchant on his beautiful decorated replica of the medieval Scottish Queen Mary harp, Simon will demonstrate other unusual musical instruments that were played in medieval Scotland during the half-hour concert.

Simon is based in St Andrews, and is a specialist in historical Scottish and Irish music. His harp was commissioned from a sculptor in Ireland, and is an exact copy of the medieval harp which is preserved in the National Museum of Scotland in Edinburgh, and which was said to have once belonged to Mary Queen of Scots. Simon teaches and performs at events across Scotland, and helps run an annual summer school in Ireland for the historic Irish and Scottish harp music.

The St Andrews Cathedral concert series will continue on the first Tuesday of each month through to September, with a different theme each month. Click here for full details.

July’s programme will use medieval and traditional tunes and song to tell the fascinating story of Margaret of Scotland, her wedding to the King of Norway in 1281, and the dramatic historical events over the following decade culminating in the succession crisis and Robert the Bruce; while August’s recital will present the “Old Gaelic Laments” featured on Simon’s newly released CD. 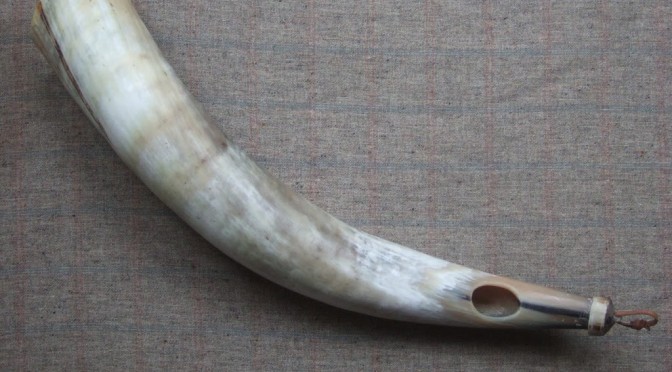 The prehistoric theme continues and so too does the instrument making theme. After discussing didgeridoo playing at the Dundee harp class the Saturday before last, I read up again on the prehistoric Irish horns and trumpets. While a bronze casting is a bit beyond me at present, either technically to make one or financially to purchase, I thought I could manage to make one out of horn. The result is rather fine-looking. I followed the visual cues of the bronze side-blown horns and made the “knop” at the small end. There is subtle incised decoration on the knop; I had considered lines and zigzags round the mouth but I am not sure yet.

Now I only have to learn the circular breathing style of playing, necessary to get the most out of it… 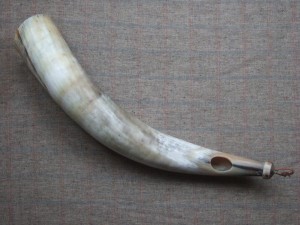 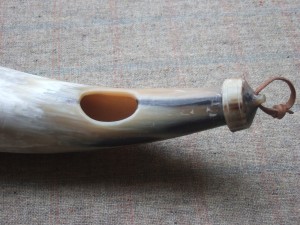 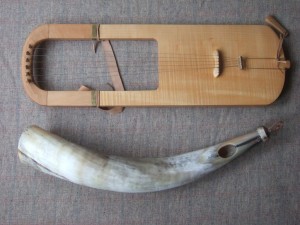 These horns seem characteristic of the bronze age in Ireland. I think it is just plausible to think of a late bronze age horn and an early iron age lyre going together. 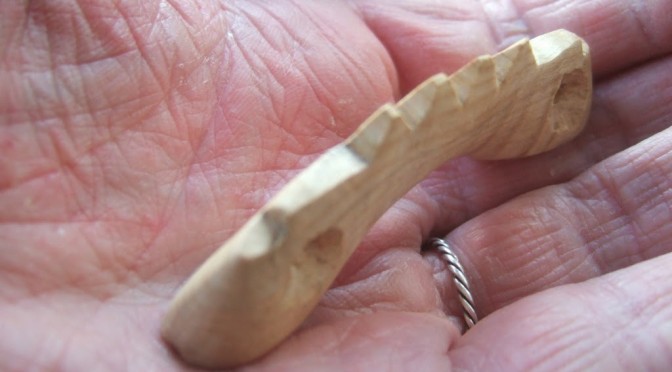 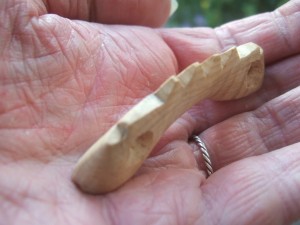 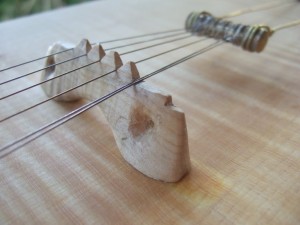 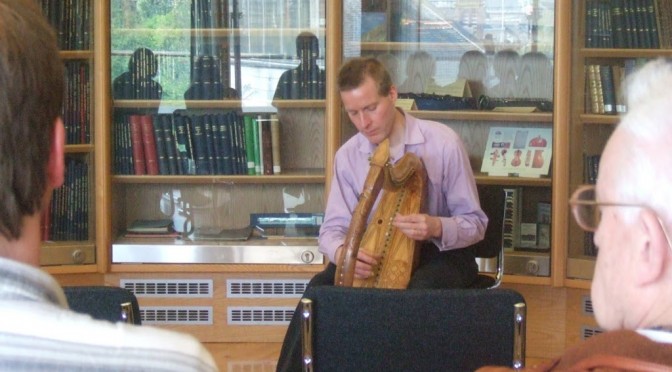 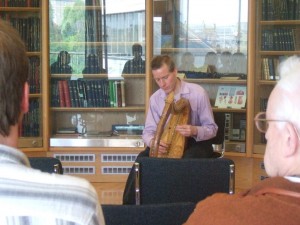 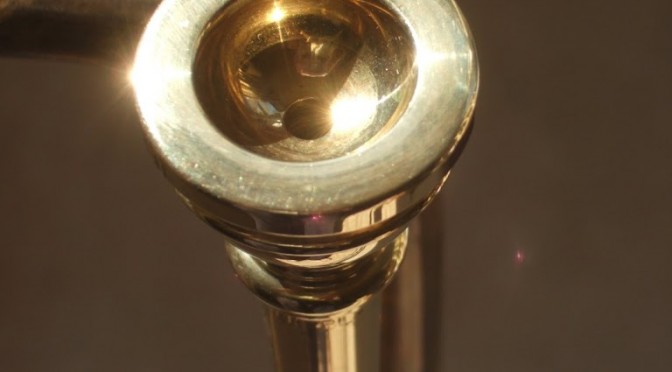 I have ordered a copy of a 17th century English mouthpiece from Egger in Switzerland. Here it is installed on the trumpet: 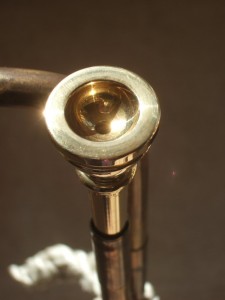 It is a very high quality piece of brassware and makes a big difference to the instrument. I don’t feel there is a mismatch installing this on a rather wobbly instrument – the mouthpiece is very much the most important part of the trumpet, so much better to have a top quality mouthpiece on a cheap trumpet, than get an expensive trumpet and use a modern or otherwise dodgy mouthpiece. I suppose it is similar to my fiddle, an anonymous mass produced instrument, fitted with the best handmade natural gut strings.