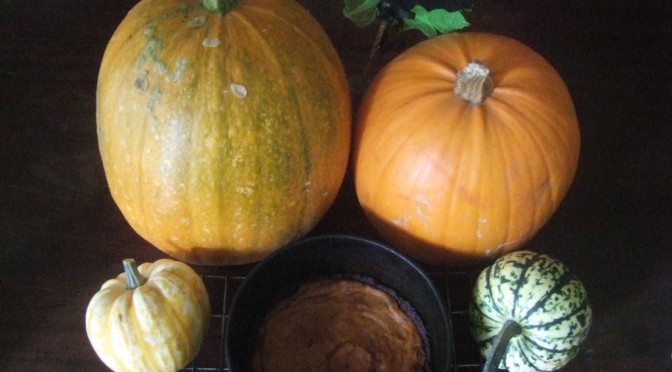 Somewhere a long time ago I read that pumpkins were brought over to England from the New World, and were used to make pumpkin pie in Lincolnshire. This new recipe was subsequently re-exported back to the new world in the 17th century. I don’t know if it is true or not but it is fun to imagine this as an old Lincolnshire tradition.

Today I baked a small pumpkin pie following this recipe but with hazelnuts instead of walnuts (Hazels always seem more autumnal to me – I remember occasionally gathering them in the hedgerows).

I have not tried the pie yet; we will sample a slice later with a very fragrant malty tippy Yunnan tea. 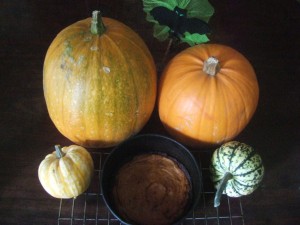 The biggest pumkin was a gift from my mother who grew it at home; the others are from the local greengrocer. The pie used an orange pumpkin the same size as the two small ones here.