Irish piper Ronan Browne played at the three HHSI concerts, in Kilkenny, Galway and Dublin last week. One of the tunes he played on his more modern set of pipes was Port na bPúcaí, a most amazing slow air. I already knew that Ronan did a lot of work with archive recordings, and he mentioned that this tune was transmitted via a single archive recording, a fiddle performance by Seán Cheaist Ó Catháin which was released on a CD, Beauty an Oileáin: Music and Songs of the Blasket Islands (Claddagh CC56CD, 1992).

Seán Cheaist’s performance is very interesting and beautiful and I have spent today learning to play it on the fiddle. It has an interesting structure, with repeating phrases having “open” or “closed” endings – you could indicate it as A1 A2 B1 B2 B1 A2 – meaning that the second half is twice as long as the first. The 7th note of the scale is deliciously ambiguous – it tends towards either the flat or sharp 7th at different points of the tune, but never quite gets to either. 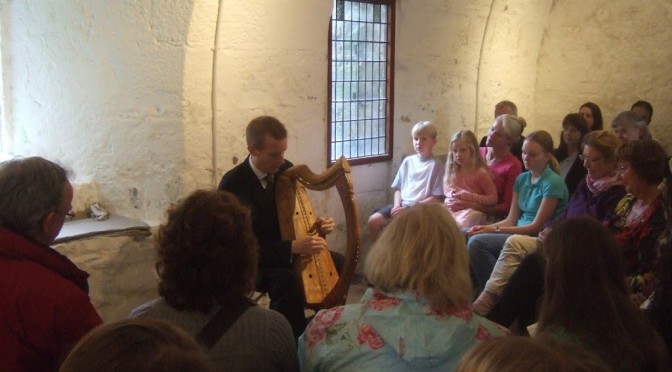 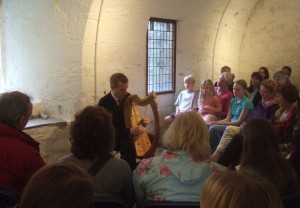