Speaking on 10th July, 1849, the Irish harper Patrick Byrne explained to the antiquarian John Bell, the system for tuning the early Irish harp. After starting at na comhluighe, and using a cycle of 5ths to set the middle octave of the harp, he says

(By “G on the violin” he is referring to na comhluighe, on g below middle c′)

I never really knew what to make of this offhand comment, wondering if Byrne was testing his tuning by listening to how the 3rd sounded against the octave and 5th, before transferring this tuning up and down the harp by octaves.

But looking at the photographs of him with his hands on the harp, they all show this shape of chord with both hands. 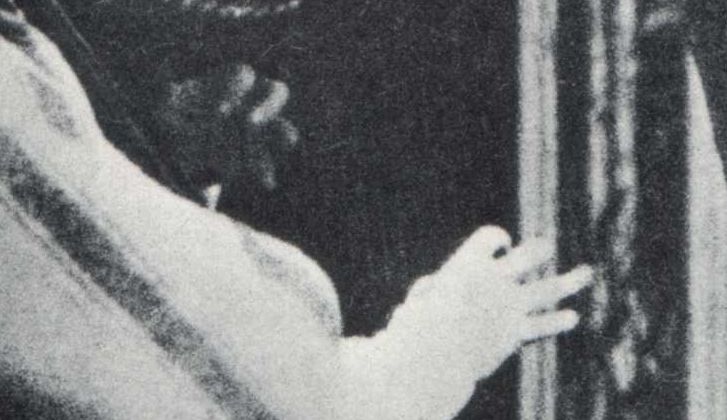 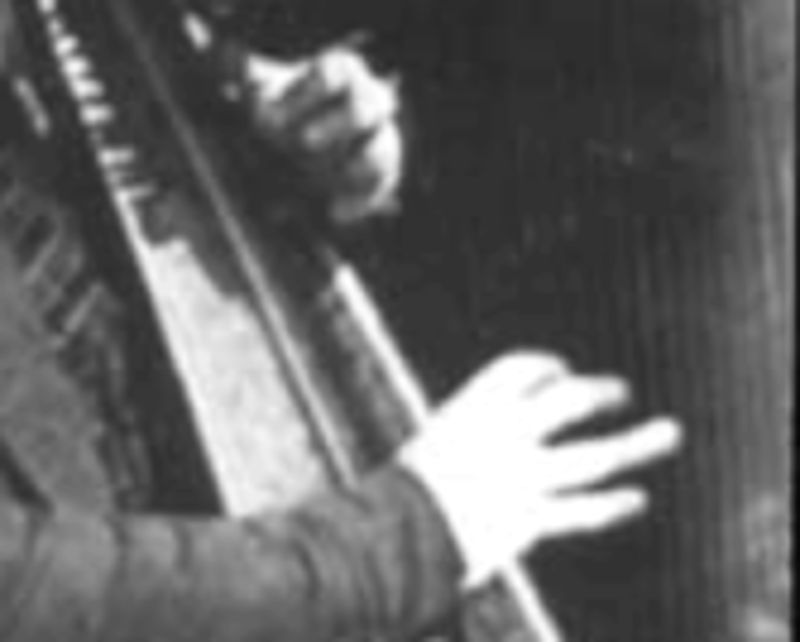 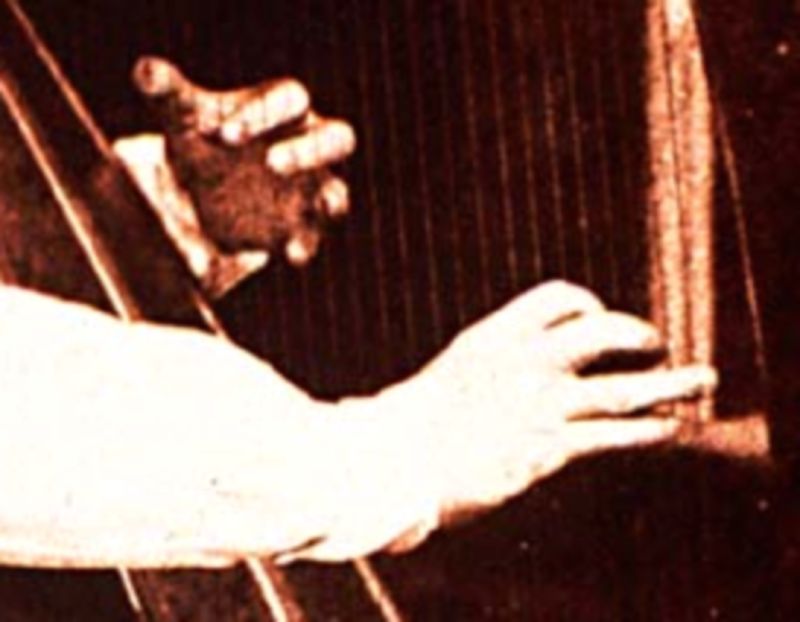 This last one is interesting showing him with his right hand down at the bottom of the range; not only does this imply that he has a bass without any gaps, but also that he thought it appropriate to place a “common chord” in the deep bass range of the harp as well as higher up. But count the strings; if GG is his lowest note, then he is placed on GG BB D G and g b d′ g′, and you can see his left hand fourth finger is placed on the upper of the two sister strings.

As I continue to play my Arthur Ó Néill repertory, playing with the tips of my fingers, I have been listening to the resonance of the harp and noting how different it sounds from the hard percussive clang of the early Irish harp played with long fingernails.

The early Irish harp played with the tips of the fingers has a soft, swelling resonance, a big wooly miasma, like the inharmonic hum of muffled bells. When I played in my usual style, but without nails, at times the texture sounded thin or stark, like playing parallel octaves on a piano, and so I started wondering about filling in the bass intervals more.

Alasdair Codona’s web article, Gaelic Harmony, analysed a number of source notations to understand the harmonic style characteristic of Gaelic harp repertory. His analysis concentrated on two main areas of evidence: the early 17th century lute tablatures, and Edward Bunting’s notation from the playing of Denis O’Hampsey. The lute books are significantly earlier, so if they do reflect harp style, they may be based on fingernail harp playing. And of course, O’Hampsey was a fingernail player. So Alasdair’s conclusions about the typical bass sonorities of parallel octaves and fifths seem to be based on the Gaelic harp played with nails.

I have long said that simpler intervals are better; octave dyads are plenty rich enough for most purposes when playing with nails, and to thicken the texture, the 5th can be added in the middle. But with finger tips, playing the baroque 18th century repertory, this seems bizarrely old-fashioned and un-idiomatic. So I am now experimenting with Byrne’s triad chords to see how they work in my settings of the tunes.

I am still not moving towards functional harmony; I am not interested in chord progressions. But I wonder if using triad chords to enhance the usual Gaelic harp style of harmonising in parallel octaves or stationary drones, is getting us closer to the 18th century sound of the baroque Irish harp played using finger tips instead of long nails.

I notice that one place where Alasdair notes triad chords in a source setting is Bunting’s notation of Banks of Claudy. I tried playing this setting many years ago, early in my harp studies, but dismissed it as unidiomatic, and wondered if it was not a genuine field notation (it is the first item in Bunting’s field notebook, ms29). Alasdair suggests it may be notated from Hugh Higgins, a finger-tip player. I need to go back and look at this setting again, while I have short nails. Will Higgins’s triadic bass suddenly make sense now?

6 thoughts on “a common chord”