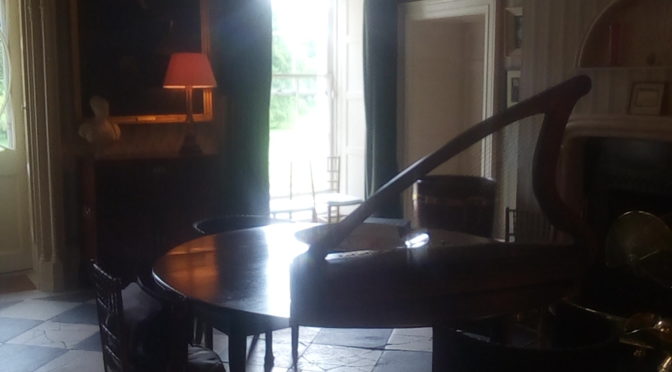 I had an idea that the Historically Informed Performance (HIP) and Early Music movement is kind of like breeding endangered species in captivity, or even using genetic engineering to recreate extinct species of animals. In this sense, listening to a historically informed performance using scholarly reconstruction of historical repertory, style and playing techniques on replica instruments, is a bit like going to a zoo, to see the exotic animals on display.

I was thinking about the living tradition of musical performance practice in its totality, encompassing classical, traditional, popular and commercial musics of all kinds. In some ways these might be like the living ecosystem, comprising cities, rubbish dumps, fields, farms and wilderness. It just lives and thrives in an organic, evolving way. Different aspects of it might be considered beautiful or ugly, desirble or undesirable according to an individual’s perspective.

From that point of view, different revival efforts might be considered as similar to different aspects of nature conservation. For some, the rewilding movement might be the nearest model. Here, human industry is to be constrained, to allow natural processes to re-take areas that are currently sterilised by industrial processes or materials. Perhaps a rewilding attitude to music performance practice might focus on rolling back the commercial, technological mass-consumption of “muzac” and pop, instead valuing community music and self-generated sounds of all kinds and genres.

The zoo approach concentrates on rare, endangered or extinct species, putting lots of resources into individual beings, and keeping them alive and pure in a very constrained and artificial environment. It is connected to museum culture where the rare object is collected and displayed in a sealed glass case. We see this in early music, where a tune or repertory is restored and presented in pristine scholarly perfection, as an art treasure salvaged from another age.

Another approach is habitat restoration, where an area is deliberately engineered from the ground up to be able to support a self-sustaining thriving and evolving community of individual animals. I have not really seen this kind of approach in music revivals. I suppose I am thinking of this from the point of view of allowing a music revival to be self-sustaining; to have a genuine role in society, so that it does not need a continuing input of revival energy to keep it from dying again. But this is a different approach from rewilding; while rewilding simply takes away industrial sterility and allows non-Human life to take over as it will, habitat restoration is more focussed on providing the context for a particular desired species or ecosystem to re-establish itself.

One thought on “Restoration ecology and breeding in captivity”