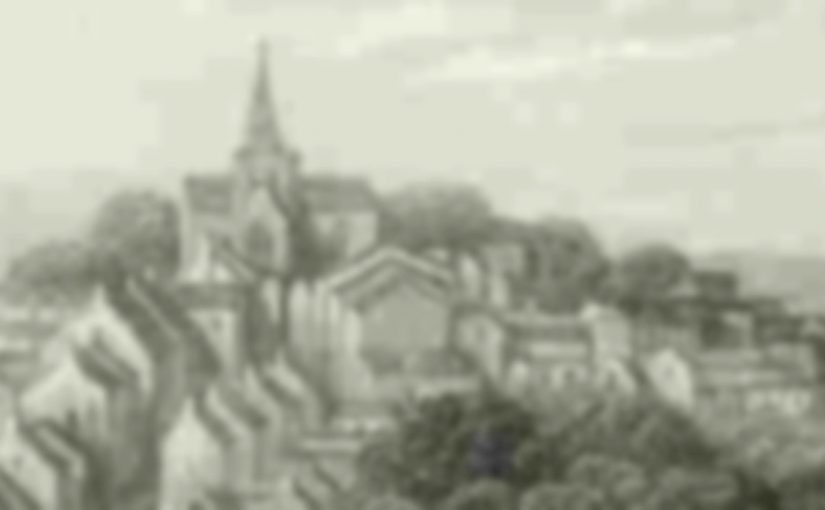 A cursory glance through the list of change-ringing towers in Ireland shows that there are 17th century rings of bells in Dublin, Waterford and Kilkenny as well as Blessington near the Wicklow – Kildare border; and there are late-18th century rings in Hillsborough, in Drumbo (Ballylesson, co. Down), Drogheda, and Cork city.

The six bells of St. Patrick’s CoI cathedral in Armagh were cast by Abraham Rudhall of Gloucester in 1721. They were shipped from England and when they arrived in Armagh later in 1721, the procession (presumably on horse-drawn carts) is said to have drawn a greater crowd than an execution on Gallows Hill. I presume that once the installation was completed, that a band would have been recruited and/or trained, and that the six bells would have been regularly rung.

Before the days of double-glazed windows, soft furnishings, hi-fi, motor vehicles, domestic appliances etc. I think that the city would have been a lot quieter; and before the days of planning restrictions and environmental health the tower openings would have been free from sound control shutters. So the sound of the bells would have been loud and strong through the much smaller city than we are used to in the neighbourhood of a change-ringing tower today.

The 18th-century Irish harper and tradition-bearer, Patrick Quin, is said to have been born in Armagh city in 1746. So presumably he would have grown up with the sound of change-ringing through his formative years.

My header image is an early 19th century view of Armagh city, with the bell-tower of the CoI cathedral containing the ring of six 1721 Rudhall bells. (there’s no longer a spire on the tower). Quin may have grown up in one of those houses in the foreground.

This video shows me on the treble and my mother on the five, at Ballylesson, co. Down. The back six of this ring of bells were cast by Rudhall of Gloucester and installed here in 1791.

One thought on “harpers listening to bells”