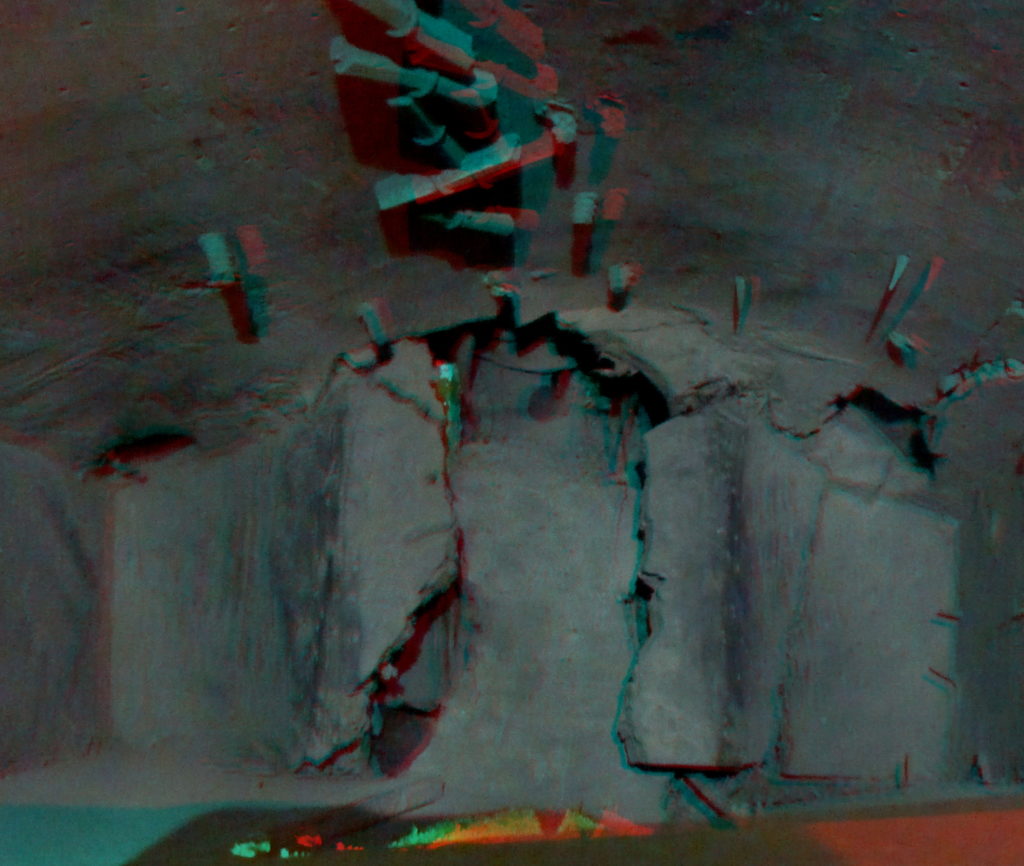 My stereo pair makes a very lovely anaglyph for you to view with red-green 3D goggles, but I had less success trying to use photogrammetry apps to create a 3d model from these two images. 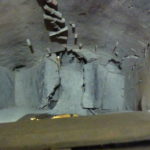 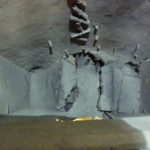 The camera was moved by 29mm (±1mm) between exposures, and the camera was about 43cm from the closest parts of the end of the soundbox. Other internal features can be used to calibrate a photogrammetric model, but I think these get a lot less reliable further from the centre of the camera’s field of view. My camera is not calibrated or rectified (straight lines on the real world show as curves on the image). Feel free to experiment with these two images and see if you can get a better result than I have.

I calculate that the flat central panel has moved away from the camera by 46mm. I estimate this is ±5mm – not super accurate but a lot better than anything we had before.