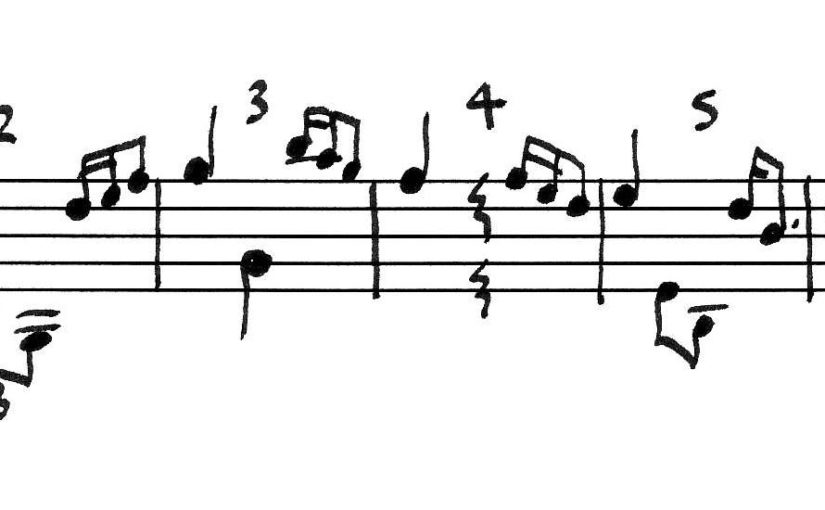 But I keep thinking about Bunting’s agenda and biases. Far from being Ireland’s “first ethnomusicologist” as he has been described recently, Bunting had a very focused political and colonial-artistic agenda, to “save” the music of the oral tradition by writing it down. It’s very notable that he gave so much attention to O’Hampsey, by far the oldest, and did not transcribe music or traditions at all from young William Carr, a 15 year old harp student at the 1792 Belfast meeting.

O’Hampsey seems to have played up to this framing of him, claiming not to remember his most ancient pieces, saying that they brought back bitter memories. Bunting emphasises his archaic fingernail style and repertory. But there are things that don’t stack up. The prelude “feachain Gleas” which O’Hampsey could only recall the first half of, is curiously harmonic in its structure. O’Hampsey also played a number of baroque divisions attributed to Cornelius Lyons. Some of these (e.g. Lady of the Desart) also have very harmonic basses.

Lyons is an interesting charachter in the Irish harp tradition. As well as his compositional output, which could have been written for harpsichord if we didn’t know he was an Irish harper, he is known to have been sighted and literate. There is the anecdote of him listening to Carolan compose the tune of Mrs Archdall, and writing it down as a live transcription (beating Bunting by 70 or 80 years!).

Echlin O’Kane was a harp student of Lyons; he was in Cambridge where he played Correlli on his Irish harp, treble and bass. O’Kane also played with long nails.

I am wondering if O’Hampsey’s long nails and advanced years are less to do with him being a fossilised relic of medieval tradition, and more to do with his connection to Lyons; that flourishing scene around 1700 when Irish harp was becoming Europeanised, with harmonies and divisions, (much like the Welsh harp was with blind John Parry going to London to work with Handel).

Did Bunting find O’Hampsey’s repertory, style, and classical/baroque harmonies more accessible than the more traditionalist approach of some of the other, younger players? Does that help explain why Bunting collected so much from O’Hampsey and so little from the likes of Carr, Quin and Linden?