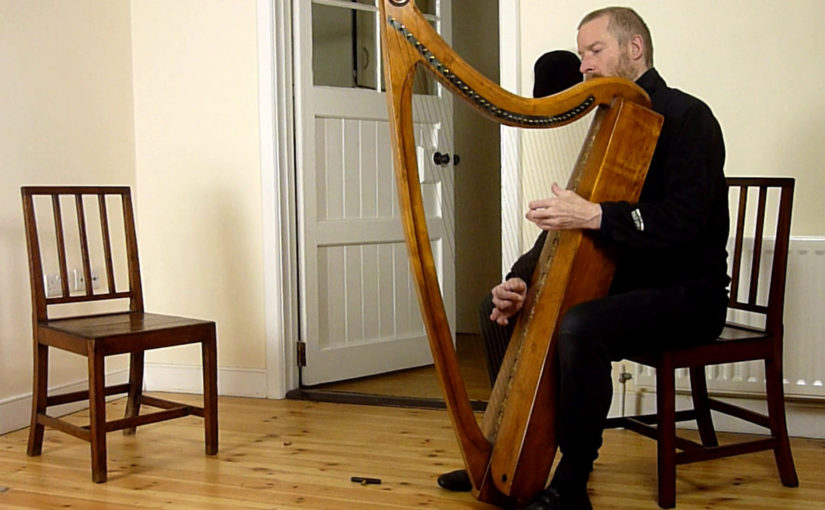 Who was Mailí San Seóirse?

The words of Molly St George are one of three songs that John Lynch seems to have collected from the harper Denis O’Hampsey, in Magilligan, county Derry, in 1802. Lynch wrote down the words of the song in a collecting pamphlet, now QUB SC MS4.26.46. On the second page of this, after the end of the song words, Lynch has written “Note. This lady was bred in Connacht. Daughter Colonel St George. She was heiress to a large estate . She was married to a Captain Manshear about a hundred years ago, a Munster man of a good estate”. Lynch has made a neat copy of the words on QUB MS4.26.2, along with two other song airs from the pamphlet 46. The O’Hampsey attribution is only found in the neat copy, not in the quick transcription version. It is also not clear what Lynch’s source for the information is. Donal O’Sullivan (DOSB v1 p.46) assumes that this is information from Hempson, but it seems to me more likely to be the result of Lynch’s literary researches.

If Lynch is correct, then we could tentatively identify Molly as Mary Mansergh (née St. George), the illegitimate daughter of Sir Richard St George (1657 – 28 September 1726). She married James Mansergh, and their son was Colonel Richard St George Mansergh (1757-1798) of Headford Castle, Co. Galway. She seems to have been born in the early 1700s; she married in 1749. The marriage date is not “100 years ago” from 1802, though.

The song also includes the lovely lines “..’s gur binne liom nó cláirseach, foghar a béil…” (and sweeter to me than the harp, is the sound of her voice). The song praises the young unmarried woman, the daughter of St George.

The song has three verses, each of 12 lines, which would fit with the 24 bars of the transcription without any repeats.

I don’t know of any other version of the song words. Also we should bear in mind that we don’t have any real evidence that the song lyric matches the tune; we just assume that because the titles are the same and the metre seems to match well enough. But if our harp transcription is an instrumental version, the sung melody may go quite differently.

Who composed the song and tune?

Nicholas Carolan (Neal, ITMA 2010 p.96) discusses different claims about the identity of Molly, and the composer of the tune and song.

Hardiman in 1831 (vol 1, page xliii) says that Lady St. George helped Turlough Carolan’s father to relocate from Meath to Carrick-on-Shannon, before the family had come to the attention of the MacDermott-Roe family of Alderford. On page lix, Hardiman gives a great list of Carolan’s compositions, including under tunes for Leitrim families, “Molly St. George (his father’s old friend)”. This may be a conflation of two different St Georges.

Donal O’Sullivan believed Bunting and dismissed Hardiman, and everyone since then has followed him. But I don’t think either Bunting’s printed attributions, nor Hardiman’s lists, are very reliable. So it could go either way. We can think of Molly’s possible dates, and the style of the tune and the poem. Carolan was in Connaught composing praise songs for aristocratic patrons at that time; meanwhile, Connellan was in Edinburgh.

I wonder if Carolan isn’t a more likely author of the song and tune. I’ll add it to my Carolan tune collation.

We can trace other versions of this tune in earlier printed books, and we can also see Bunting’s classical piano developments of the tune.

John and William Neal published what looks like a baroque violin setting of this tune in their Colection in 1724, where it is titled “Molly St. George”.

in the mid 18th century, Burk Thumoth made an arrangement of the Neal version of the tune, with a bass and a florid variation, It was published in his “Twelve English and twelve Irish airs with variations set for the German flute, violin or harpsichord” as Irish tune no.3 on page 30 (or as tune 39 on page 78 of the combined 2-volume collection). Other publishers also re-arranged or re-published the tune based on Neal’s version, including Thompson c.1790.

Edward Bunting copied the Neal setting into his field notebooks, and you can see his copy from Neal in QUB SC MS4.29 page 67. Bunting indicates his source on that page: “printed book”. He was obviously working from a damaged copy of the Neal book, since there are gaps in his notation and he indicates why: “tore out”. Bunting got a complete copy of Neal in 1794 and so I presume his copying from the torn copy dates from before then.

Bunting’s copy from Neal on page 67 is very interesting for what it tells us about Bunting’s collecting process. At the top of the page he writes, “To say I have got them all before only want / to hear his way if it be the same”. I presume that Bunting copied the tune in 1792 before going out to meet the harper (Higgins?), and that the tag indicated Bunting’s intent with this and other tunes: he already had the tunes, out of printed books, and he only wanted to see if the harpers were playing the tunes the same as in the older published settings. To me this implies that Bunting put a higher value on older published versions of the tunes than he did on the living performance traditions of the harpers.

Bunting published this tune as no.12 in his 1797 printed book. But he also included it in his Spring 1796 proof sheets. You can hear a performance of Bunting’s classical piano arrangement on Fiachra Ó Corragáin’s website. From comparing the Neal version and the page 161 live transcription version, it seems to me that Bunting is following the harper’s version rather than Neal. Perhaps this is at least partly because in 1792 he seems not to have had access to a complete text of Neal’s version; also, the harper’s version seems from the transcription seems to be very neat and harmonic, and so Bunting’s classical music mind may not have struggled to understand it as much as some of the other harp performances.

Date and attribution of the transcription

Probably in the early 1840s, Edward Bunting was going through his own copies of the 1797 and 1809 printed books. He wrote against our tune, “Harp Higgins” (London, British Library MA Add 41508 f74r). I take this to mean that 50 years after the transcription was made, Bunting thought that it had been done from the playing of Hugh Higgins. I don’t know whether this attribution is true or not.

We know O’Hampsey had the song words of Molly St George; so presumably he knew the tune as well. But for this transcription project I am less concerned about what tunes were in each harper’s repertory, and my aim is to try and work out who was playing the tune on the harp when Bunting was writing the transcription dots into his notebook. I note the position of this transcription, straight after two tunes from Denis O’Hampsey (see my tune list spreadsheet and my ms29 index). So yes, it is possible that this transcription was done in 1792 from O’Hampsey. but it doesn’t seem to match the other 1792 O’Hampsey transcriptions earlier in MS4.29; Also, I wonder if Scotts Lamentation is a 1796 transcription. It is all most unsatisfactory.

At this stage I don’t see how we could work out whether this transcription was made from the playing of Denos O’Hampsey, or Hugh Higgins, or someone else. And that is assuming it is indeed a live harp transcription…

In this video I am trying to play what Bunting has written in his transcripton. There are some interesting rhythm notations in the transcription which may be Bunting’s attempt to capture specific rhythmic fingerings used by the harper. There are also a number of “+” markings above certain notes. Often I interpret these as some kind of ornament, but there are places in this tune where that doesn’t seem to make much sense. I don’t really know what Bunting meant by writing “+” above certain notes.

At one point in the transcription, Bunting writes “B” beneath a note (bar 6 of the first section). I usually understand this to mean a bass note, usually one octave lower than written. In this case I decided to double that bass note an octave further down.