On Tuesday is the last in my summer series of cathedral concerts for this year. I’ll be repeating a programme from last year, of music connected to the heroic legends of Britain and Ireland. The centrepiece of the concert will be a performance of one of the medieval Gaelic lays – the story of Caoilte and the giant with five heads, which I have learned from a 1965 field recording of Kate MacDonald. There are a large number of such recordings of these medieval heroic songs being performed, and I have catalogued a number of them on my website at www.earlygaelicharp.info/lay. As well as lays from the Fenian cycle, as this one is, there are also lays dealing with characters from the Ulster cycle, the Historical cycle, and also from the Arthurian cycle.

All of these lays that survived down to the mid 20th century (I believe only one, Am Bron Binn, is still current in living tradition) survive only as unaccompanied solo song. This is of course very valuable for the study of early Gaelic music because we get a medieval text, a reciting melody, and a performance style. But for a harp concert I wanted to find instrumental music on a similar theme, and not just play instrumental adaptions of the vocal reciting melodies.

So for Tuesday’s concert I cast my net as wide as I can to try and find an interesting selection of genuinely instrumental music which somehow connects to this heroic theme. Come along to the cathedral at 12.45 and see what you think!

The music of North India is mesmerising, and shrouded in tradition and culture. There, raga is the art of life – it is the music of the mind. The tracks in this album focus on three instruments – the tabla, the alap and the voice – all central to the existence of Raga. Each instrument is broken down into the individual sounds that make up the intricate compositions. Performances on all three complete this introduction to the fascinating sound of Raga. This material is drawn from the Open University course AA317, Words and music.

Thanks to Stuart at footstompin for this link. If you really want to know what alap means, try http://en.wikipedia.org/wiki/Alap – needless to say it is not an instrument, despite the confusion of the OU caption writer.

I was most fascinated by the vocables used to describe the different tabla gestures, and also the connection explained by the player of the guitar-shaped instrument between string music and vocal music. 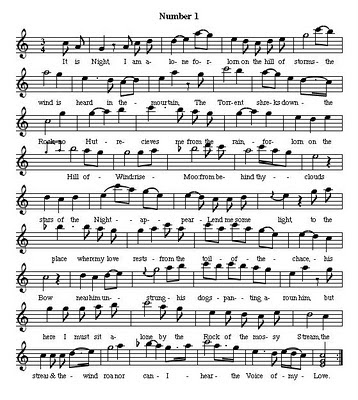 On Sunday I was at the Fife Traditional Singing Weekend, in a fine, airy windowed building in the Fife countryside by Collessie. It was very interesting to see and hear so many different traditional singers, many from the East of Scotland but a number from further afield. So many different styles of vocal delivery, and types of song.

There was little really ancient, to connect with my work here (in a direct form anyway), but I have a lot to think about and it was great to see people like Sheila Stewart there.

My favourite moment was an anecdote from Phyllis Martin, of visiting an old lady in Galloway to collect songs. The lady said “I’ll get some tea”, and came back with a tray with 2 cups of tea and a large sponge cake, cut neatly in 2 down the middle. Phyllis said, she asked if they should have a knife. The lady replied, no, this half is for you, and this half is for me.

It was also a lovely day, sunny and quite warm.