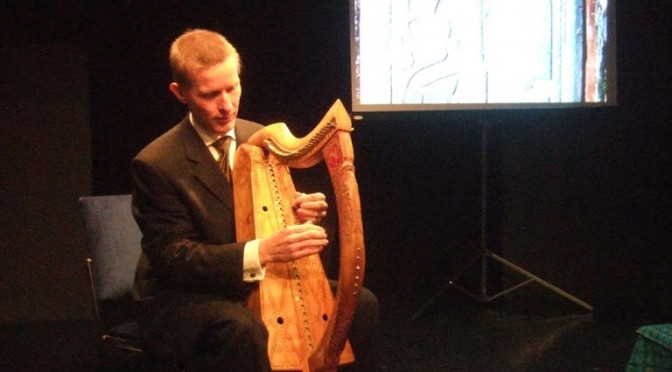 Last night I was at the Swallow Theatre for a concert with a difference – the organisers suggested more talking and explanation than I usually include, so I performed with a slide show of images connected to the old Gaelic harp traditions, and included more and longer anecdotes about the old harpers and music. The venue was very pleasant and atmospheric, the organisers were very efficient and welcoming, and the audience was enthusiastic and engaged. And I managed to stop at Whithorn Priory and walk into the ruins of St Ninian’s church on the way through. 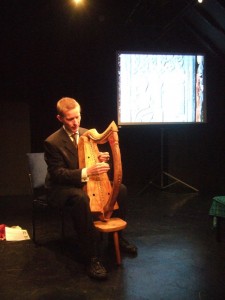 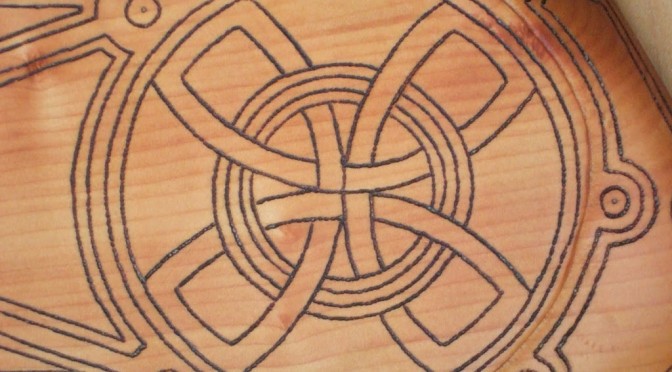 I have been thinking for some years about the decoration on the Queen Mary harp, ever since medieval academics at the 2008 Leeds International Medieval Congress suggested that while the pillar is clearly 15th century West Highland, the box and neck look earlier.

Today I was down at the cathedral here in St Andrews and I took some photos of 12th century designs on the Cathedral stonework, to compare with the designs on the harp.

Left & right: replica Queen Mary harp soundbox designs; Centre: Outside of chancel end wall at St Andrews cathedral. (I understand this is a consecration cross. There is another, damaged, on the end wall of the south transept). 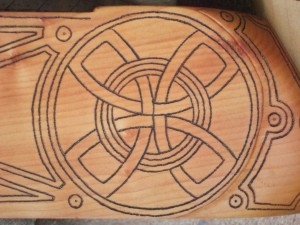 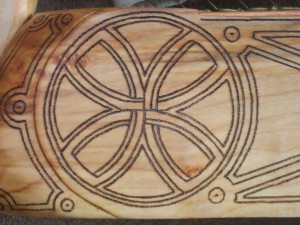 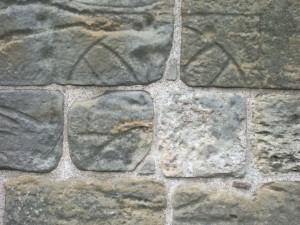 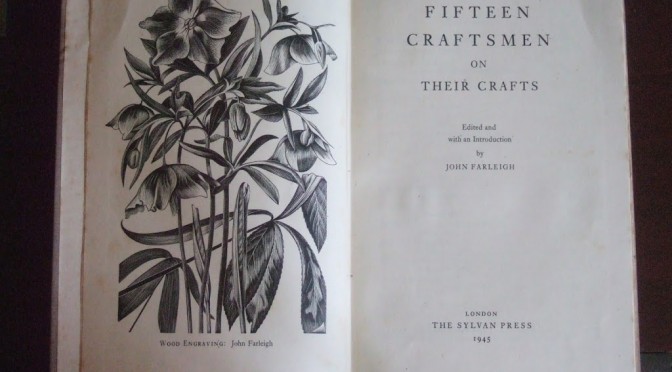 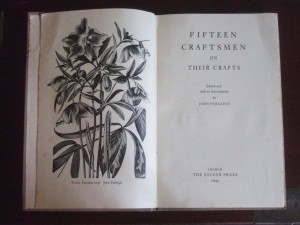 In Dundee on Saturday I picked up an interesting and pretty book at a charity street bookstall. It is Fifteen Craftsmen on their Crafts edited by John Farleigh, published by the Sylvan Press in 1945.

I was interested in the general ambience of the book as well as some of the more specific comments in it. It reminds me of other craftsmanship books from the earlier part of the 20th century, and I wonder if this is like the tail end of the original Arts & Crafts movement. There is a kind of straightness and openness about the attitudes that I do not see very often today.

Farleigh in his introduction talks about tradition, technique and personality being a “creative yet conservative force”. I was interested to see Carl Dolmetsch’s essay on “Music and Craftsmanship” was the least conservative – when discussing modern manufacture of historical instruments, he delights in “improvements” and repeatedly describes Arnold Dolmetsch’s designs and mechanisms as better than those of the historical masters.

There is even a brief mention of A.D.’s work on the medieval Welsh music: “The harps were simple, … but the crwth … required much research and all the skill of the violin maker”. It is interesting to see this dismissal of the craftsmanship and design in the old harps. Perhaps it is significant that the harps made by Dolmetsch in the 1930s are not rated nowadays either as musical instruments or as art objects, in contrast with his beautiful and high quality harpsichords. 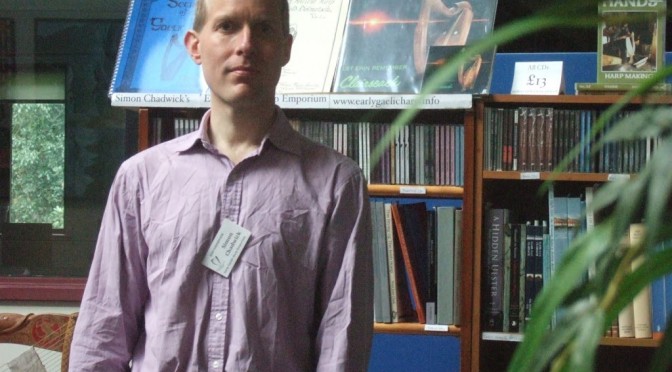 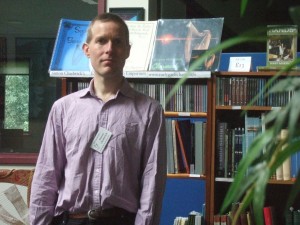 Here’s a photo from the harp festival, where I had my Emporium stand. We had a great time, we were in a pleasant quiet airy venue a little away from the main hussle and bustle, and we had a good number of very interesting people come through to chat and to buy books and CDs. I was also delighted that my new CD, Old Gaelic Laments, was ready in time!