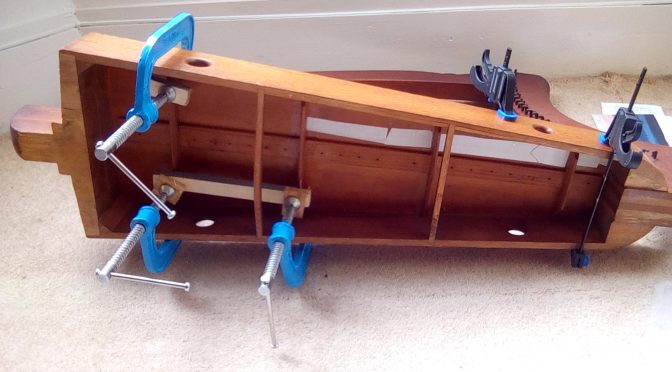 When Iris Nevins gave me the Arnold Dolmetsch harp no.10, it had a bad soundboard crack. Closer inspection showed that the entire area where the neck attached to the soundbox was also loose.

I had promised Iris that I would get the harp up and running and do a video of it being played, so first I had to repair it.

After removing, recording and archiving the old strings, I unglued the back panel and looked inside. 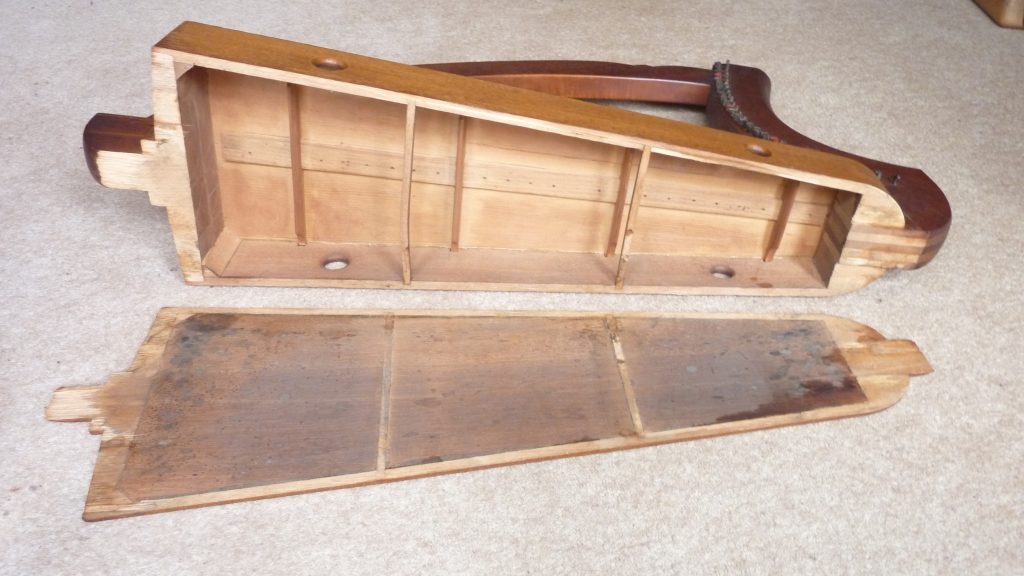 You can tell Dolmetsch was a harpsichord man, by the bizarre way this harp is constructed. Instead of being sculpturally hewn from big blocks of timber, fitted together by dry mortice-and-tenon joints, like the old harps, this one is all glued up from little pieces. The soundboard is some kind of spruce, heavily cross-braced. I think its likely that Arnold Dolmetsch may never have actually seen any of the old harps, and certainly did not study them or copy their construction.

All four soundboard braces were loose, and the laminated neck block was totally detached from both the sides, and the front of the soundbox. I used hot gelatine glue to re-attach these open joints one at a time, and to close the soundboard crack. I reinforced the inside of the crack with paper. 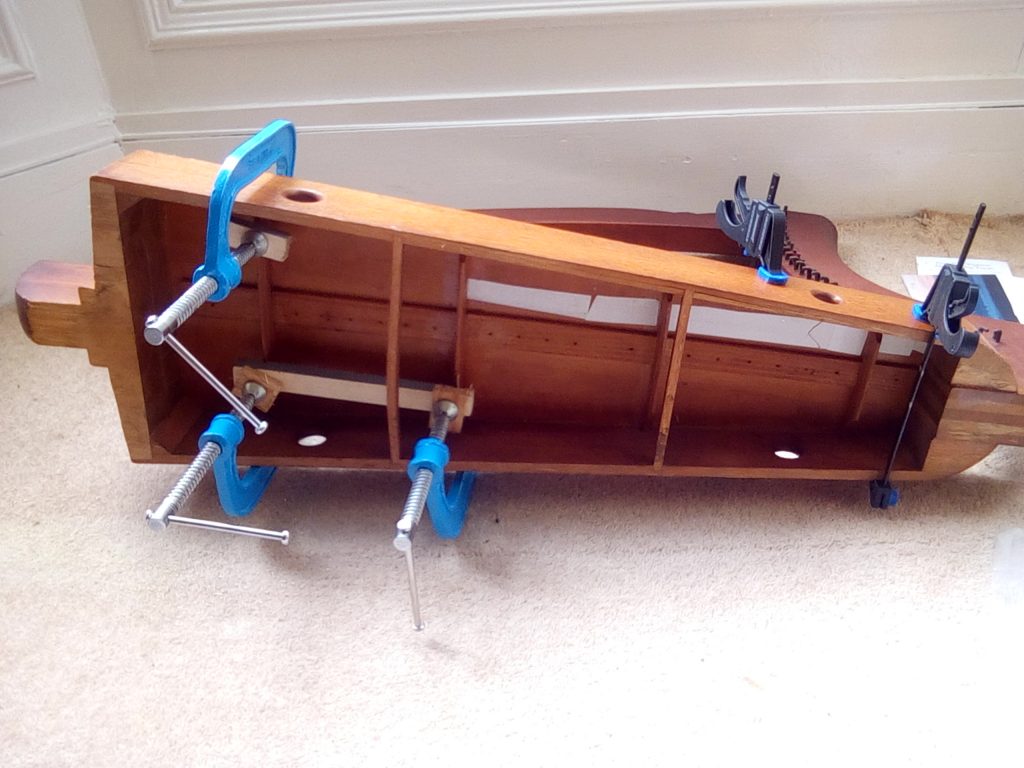 After many days of this (each glue job had to set overnight before removing the clamps) I replaced the back and installed new strings.

The lowest four old strings were wound, but I used silver for the restringing. Apart from that, and the addition of na comhluighe (shifting 8 strings in the bass up one note) this represents a direct copy of the original scheme.

String charts: As found (pdf) & As currently set up (pdf)

I waited a week for the strings to settle, and then today I made the video demonstration of the harp.

3 thoughts on “Repairing, restringing and playing the Dolmetsch harp”