I found a shellac 78 disc of Irish harp played by Treasa Ní Chormaic. I don’t know the date of this disc.
Update Jan 2018: Bill Dean-Myatt says it was recorded circa September 1930

I have transferred both sides onto mp3 for you, using a modern turntable. 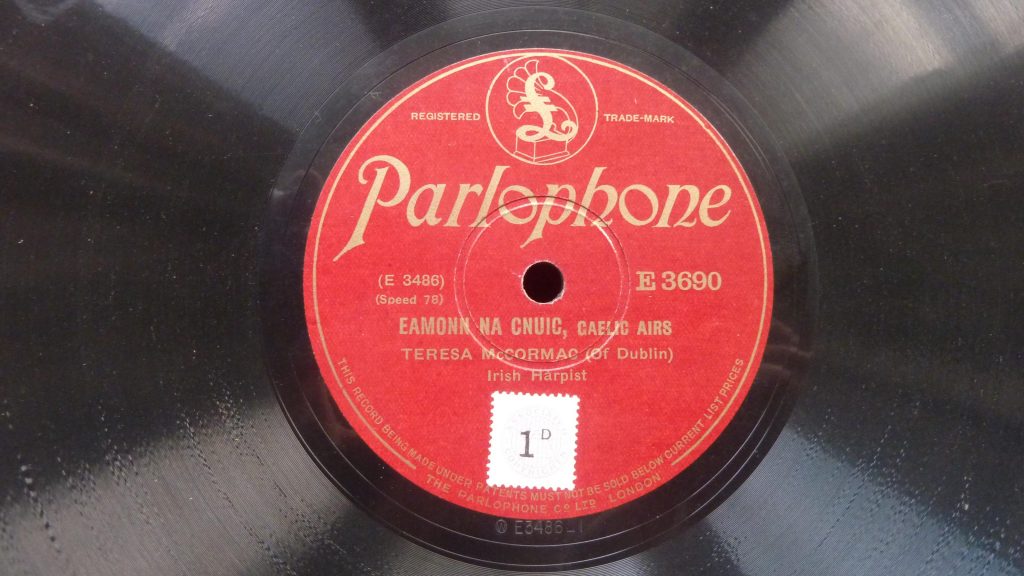 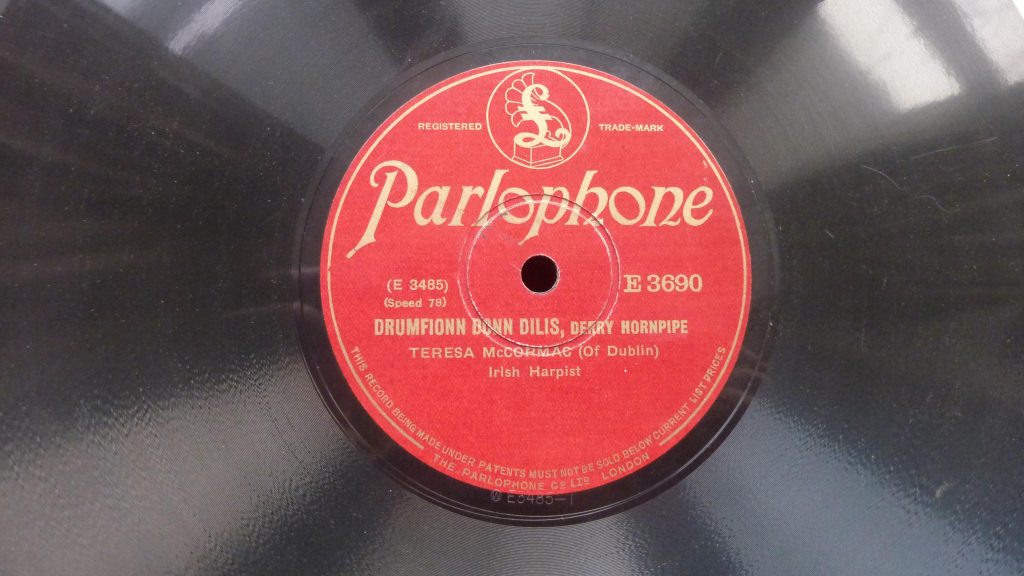 Treasa Ní Chormaic was an important figure in the “revival” or rather the invention of the modern Irish harp traditions in the early and mid 20th century. She was famously described in the biographical appendix to Sheila Larchert Cuthbert’s Irish Harp Book, 1975, p.240:

Ni Chormaic, Treasa Broe
Described by Mrs. Bolger as the ‘real descendent of the old harpers’. Her first harp was found in a bog and she was taught to play by her father. Later she obtained an Erard on which she mostly played her larger repertoire of traditional music. ‘I don’t think she had any further training but she was intensely musical, with a wonderful ear and excellent taste’ Mrs. Bolger continues: ‘Everything she played was arranged by herself, with the exception of a couple of arrangements made for her by the late Joseph Crofts. On one occasion she played at the St Patrick’s Day Concert at the Queen’s Hall in London and literally brought the house down with her rendering of Brian Boru’s March. I succeeded in taking down some of her arrangements, including the March, and some were published by Piggots. She had many pupils.

Treasa won the Oireachtas competition for Irish harp in 1932.  In 1934, Henry Briggs came to Glasgow and Treasa played his harps for a public demonstration:

…the clear sweet notes of a clarsach played by Miss T. MacCormac, of Dublin. The impression was delightful,as her fingers touched the strings in old Irish folk melodies. The tone strength was wonderfully varied, the quality excellent, and the lingering notes had an appeal that was as individual as it was pleasant

Briggs was clearly impressed with Treasa’s playing, as a portrait of her with one of the Briggs “Dalriada” model clarsachs was included in his catalogue from the 1930s: 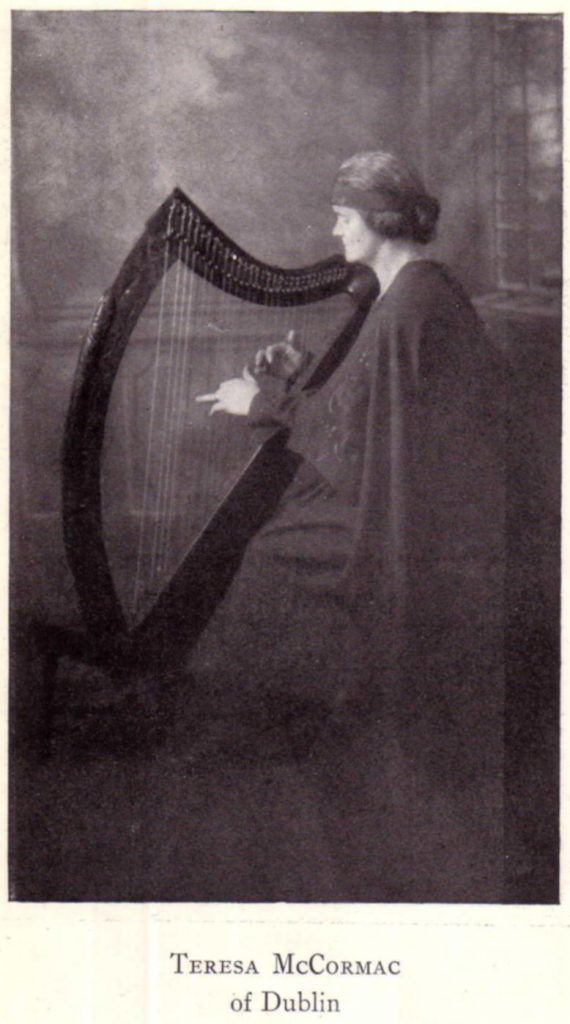 I do not know who taught Treasa Ni Chormaic, though her style and performance – e.g. Brian Boru’s march -reminded me much of Owen Lloyd.

Owen Lloyd was an interesting figure in the Gaelic revival of the late 19th and early 20th century, playing on a wire-strung Egan Society harp, and who learned from traditional Welsh harpers.

11 thoughts on “Teresa McCormac of Dublin”