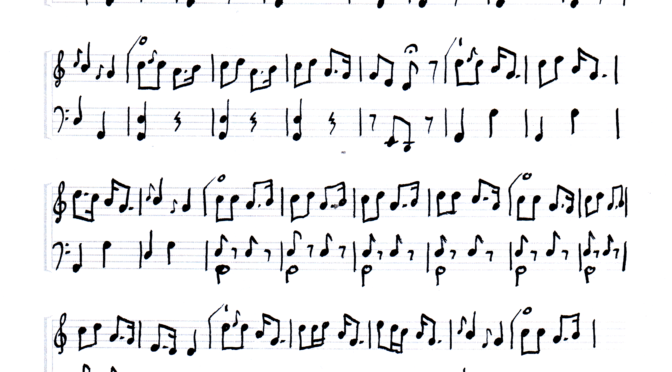 I was in Edinburgh on 28th April 2018, to see the Lord Lyon King of Arms and one of his Unicorn Pursuviants presenting Dr. Robert Currie with his commission as Commander of the Name and Arms of Currie.

Gillebrìde had asked me to play the harp at this event to accompany his singing of the MacMhuirich-ascribed poem Ní h-Éibhneas gan Chlainn Domhnaill (there is no joy without Clan Donald). I worked out some lovely ceòl mór style variations to frame Gillebrìde’s singing, but in the end I didn’t get a chance to play more than a line of each.

The next day I was on the boat to Ireland and I was humming through the variations and thinking about the events of the previous night. The Curries are the descendents of the learned bardic family MacMhuirichh, who were hereditary poets to the Lords of the Isles and other great lords in the West through medieval times into the 18th century. The significance of the occasion, with the Curries being recognised by the Lord Lyon, authority and regulator on all things heraldic in Scotland, seemed to me to invite formal and traditional responses.

I thought how many of the clans had a “salute” or a “gathering” tune, usually played on the pipes, and usually in the pibroch form with extended geometrical variations.

So I completed the variations with this theme, very geometric and abstract. Following tradition, I composed it in song, only trying it on the harp when it was fairly complete. 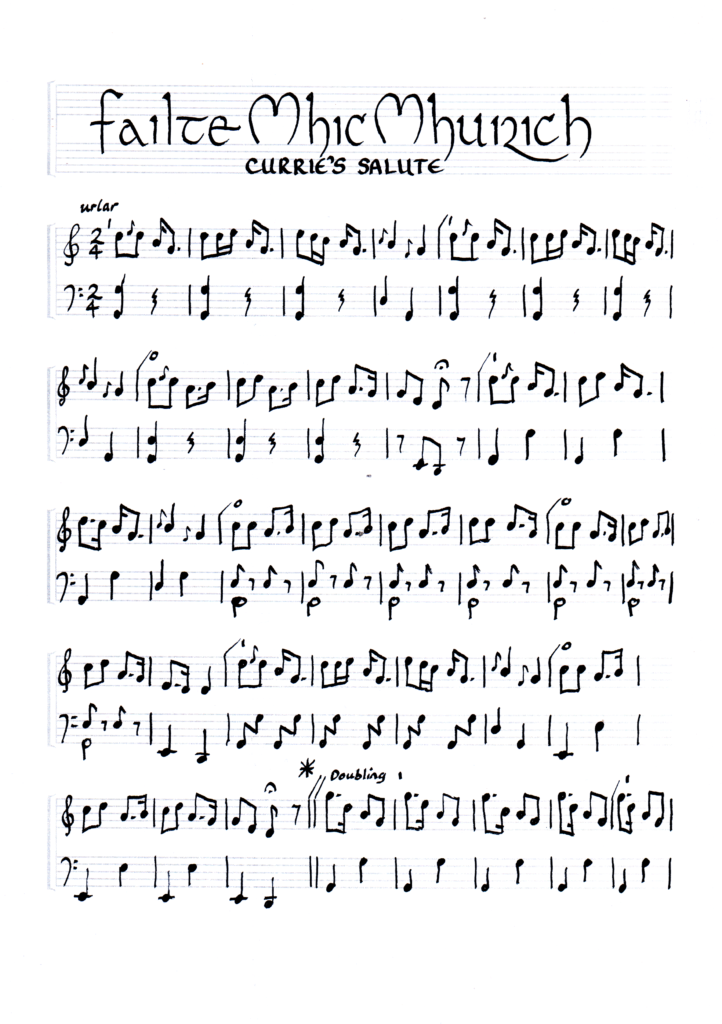 I’m releasing the score, the recording, and the composition as cc-by-sa to allow anyone to re-use, record or perform it without needing to ask permission.