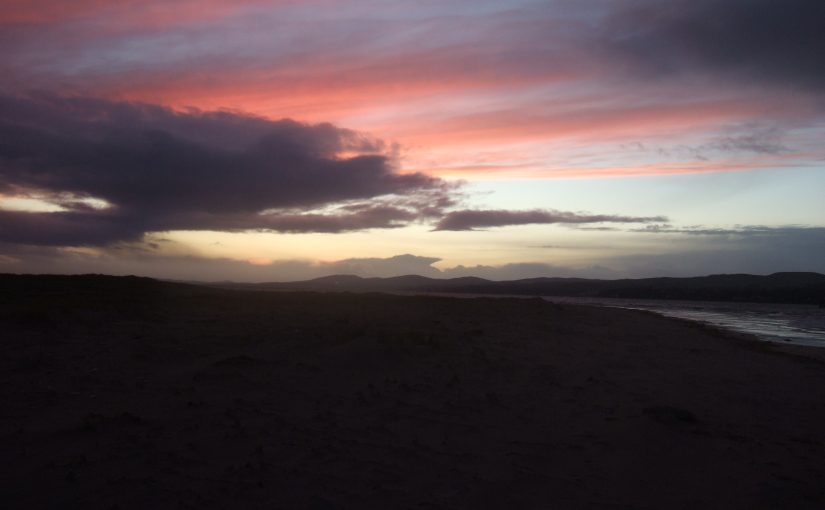 Edward Bunting made what looks like a live field transcription of the tune of Lady Letty Burke, from the harper Denis O’Hampsey in the 1790s. In this blog post we will have a look at Edward Bunting’s notations, and think about what they can tell us about the old Irish harp tradition.

Bunting’s live transcription notation is on Queen’s University Belfast, Special Collections, MS4.29 page 45/41/050/f20r. If you look at my MS4.29 index PDF you can see how this page sits as part of the composite manuscript, and you can read why I give four alternative page references; if you look at my Tune List Spreadsheet you can see how our tune sits beside other tunes and their attributions.

I am referring to this as a “live transcription notation” because I believe that at least some of what we see on this page was written by Bunting live at speed as his real-time reaction to what his harper informant was playing.

Bunting has written the title “Lady Letty Burke proper time”. The notation itself is on three lines, and then there is a tune list: “Shannon Water / Friar & Nun / Priest in his Boots a[???] / Catlin Treeale / Elen a roon V. / Coolin with V / Feaghan Geleash / Go Deshin [sh????u]ach / young mans Dream / Dawn of Day” which seems to be a list of tunes either in this section or connected to Denis O’Hampsey. There are also a few words written on the notation including “Bass”, “B” and [3r]d line B”

In some ways this seems very simple and easy to read. There are one or two extra dots or half-deleted notes which my typeset version and machine audio retains. There are also a few ambiguous or unclear notes.

The main issue here, is how to understand the extra information. When Bunting writes “Bass” and “B” he is presumably referring to notes being played down in a lower register, but it is not entirely clear exactly which notes these refer to. So this machine audio plays it through ignoring these indications.

I think the “3rd line B” simply confirms the note above it, B on the 3rd line of the treble stave. Perhaps it refers to the note that has been deleted in bar 18, though I am not sure.

I find it very interesting that the earlier simpler tunes we discussed in this project seemed in some ways less contentious than these tunes from O’Hampsey that have more contextual information and B markings around them. I wonder why Bunting noted O’Hampsey’s tunes like this? Did the old man play slower and demonstrate more clearly than the other harpers? Or was Bunting fired up by meeting him, and made more of an effort to capture his style in his transcription? Or is it just that the more I work at Bunting’s transcriptions the more nuance and ambiguity I can spot?

In this case we seem to see elements of the transcription being followed through into Bunting’s later piano arrangements.

In 1798, Edward Bunting made a piano arrangement of our tune, in his unpublished Ancient and Modern piano collection. Bunting’s title here is “Leti ni Buirc or Lettice Burke by Carolan with Harp Bass”, and at the bottom he has written “From Dennis a Hempson – Magilligan”. Interestingly this is the next page from Uilleacán Dubh Ó which is also the previous page in MS4.29.

Now I think this is very interesting. Bunting has written “with harp Bass” at the head of this piano arrangement. Now obviously this is not actually a harp arrangement as O’Hampsey played it. But somehow Bunting is telling us that he has incorporated some aspects of O’Hampsey’s harp idiom into this arrangement. Our problem is to try and tell what. And we also have to trust that Bunting is correctly interpreting his B markings in the live transcription, rather than just mis-remembering or mis-interpreting or making it up.

The main things I see are bars 5-8, marked “Bass” in the live transcription, are dropped one octave in the piano arrangement, though they are still presented in the treble range of the harp (above na comhluighe G). Similarly, bars 19-20, marked “[3r]d Line B” in the live transcription are also dropped an octave. Does this reflect a similar register switch in O’Hampsey’s playing?

So I would say that the piano arrangement perhaps reflects somethign of the atmosphere of Bunting’s memory of O’Hampsey’s playing. But no more than that!

I don’t believe any of the chordal accompaniment is in any way related to what O’Hampsey played. I would imagine O’Hampsey basically played a single melody line, like what is presented in MS4.29 live transcription, but with many of the notes and some passages shifted down into the tenor and/or bass register.

Bunting has also transposed everything up one note to make this version in D major.

11 years later, Bunting published a piano arrangement of our tune in his General Collection of the Ancient Music of Ireland, p.55. His title here is “Lettigh A Burca / Lettighe A Burca – Letitia Burke”

This is a very similar piano arrangement as the 1798 one, but bumped back down to C major, and with the piano textures made a bit more spiky, and with a few changes to the piano harmony and chords. In a few places Bunting has modified the tune a little.

I think there are two things that we can use to make us think that Denis O’Hampsey was the harper who played this tune while Bunting wrote down the live transcription notation in MS4.29. One is the position of the tune in the middle of a bunch of O’Hampsey tunes, as if this were a pamphlet Bunting was using on one of his trips to Magilligan. Our tune title is also written on the previous page above the notation of Uilleacán Dubh O. The other is the attribution tag written down at the bottom of the 1798 piano arrangement just a few years later.

There are two other pieces of information that could be relevant. There is a contemporary newspaper account from the Northern Star, describing the meeting of the harpers in Belfast in July 1792. In the list of tunes played by the harpers is “Lady Leititia”. Unfortunately the Northern Star doesn’t tell us which harper played which tune. I haven’t actually seen this newspaper and I am relying on Robert Young’s summary of the newspaper reports (UJA 1/2, 1895).

In the early 1840s, Bunting wrote attribution information into his old printed books. Against this tune he wrote “Mooney Harp”. This was 50 years later. Instead of believing him, and thinking that actually the 1809 piano arrangement was based on a performance by the harpist Rose Mooney, I think it might be more sensible to see this as proof that, 50 years after the event, Bunting was just making up these attributions.

Attribution of the tune to Carolan

We have only one piece of information saying that the tune of Letty Burke was composed by Carolan, in the 1798 piano book.

Donal O’Sullivan, in his Carolan (1958) vol 2 p.10 gives a lot of detail about who Letty Burke was. But he doesn’t find anything more about the tune. I think that these three notations that Bunting gives us are all that we have – the live transcription from Denis O’Hampsey, and the two derived classical piano arrangements.

My header photo shows sunset over Lough Foyle from Magilligan