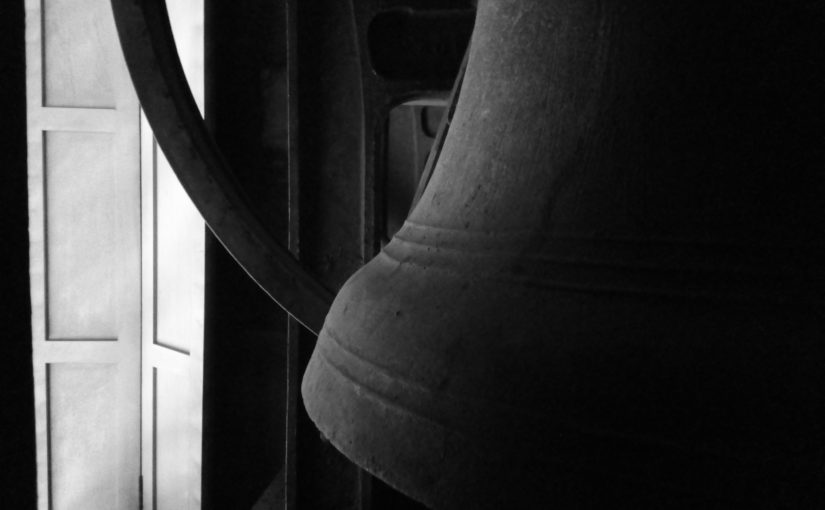 I think music has gradually become more and more important to me over the course of my life. The longest-running and most important music for me is the bells.

I was taught English change-ringing by my mother when I was a young boy, in Fawley, Hampshire. In the early 1990s I rang regularly with the Oxford University Society at Holywell, SMV, Mary Mag and New. After a break from ringing I returned to live in Oxford, and I rang at Iffley village, and with the Oxford Diocesan Guild. After I moved to Scotland I rang at St Andrews, Scotland, and did a lot of teaching there as well; I was elected vice-captain of the St Andrews band. Now I am living in Northern Ireland I have been ringing with the Irish Association of Change Ringers. I have been elected Northern District Ringing Master, and I am now ringing regularly with the band at Lurgan.

The other music I have concentrated on is the old Irish and Scottish harp music.

I got into this when I was at university, after discovering archaeology, and traditional music, and the harp. These things have guided me ever since. I went from the archaeology of music, on to organology and ethnomusicology; I was interested in experimental archaeology and reconstructionism, and I did some work with early-medieval lyres and other strange ancient things, but mostly at this point I was interested in trying to reconstruct medieval Gaelic harp music. In 2006-7 I commissioned a detailed “archaeological” reproduction of the 14th century Scottish Queen Mary clarsach preserved in the National Museum of Scotland, which I used to explore possible re-imaginings of medieval West Highland music, including an exploration of the pibroch or ceòl mór repertory of the bagpipes.

However the more I worked on this reconstructionism, the more I realised the relevance and importance of living traditional music. I investigated things like pibroch, and Ossianic ballads. I was inspired by the Scandinavian bowed-lyre or Jouhikko traditions. I was involved with the traditional music scene at the Wighton Centre in Dundee.

Eventually in 2017-18 I stopped working on the medieval recreationism. Since then I have been concentrating on trying to understand the 18th and 19th century Irish harp traditions.