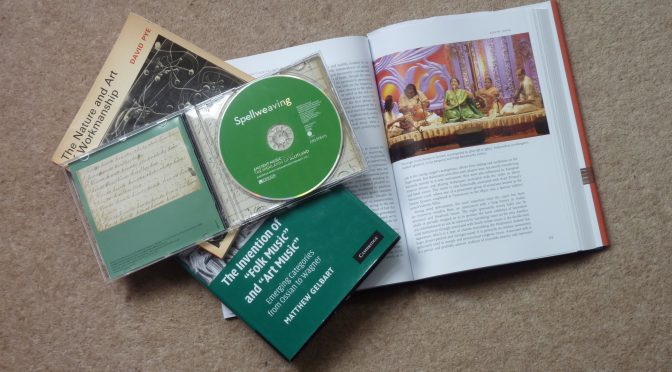 I have been reading The other classical musics edited by Michael Church (Boydell 2015). When I first saw this book, in Blackwell’s bookshop in Oxford, I thought I wouldn’t like it; I thought the idea of “classical music” as a general concept was too problematical. I kept thinking about the issues though, and later I had another look in Topping’s bookshop here. So I realised I had to get it and read it.

END_OF_DOCUMENT_TOKEN_TO_BE_REPLACED

I was asked recently to do a book review for a scholarly journal. However I really don’t think much at all of the book in question, and I hesitate to criticise others’ work too roundly, so I will likely turn down this request. If only I had the literary skills of Thomas de Quincey: END_OF_DOCUMENT_TOKEN_TO_BE_REPLACED 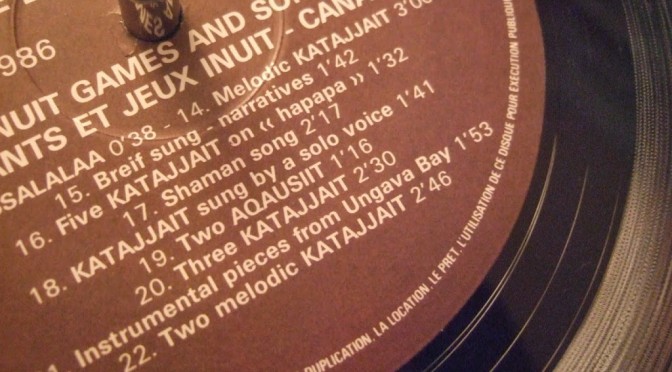 I got hold of a recording of Tautirut (“eskimo violin”) playing. Not the recording from the 1950s I was after, but a 50 second track recorded in the early 1970s in Ungava Bay in the far north of Quebec. The player is an Inuit musician, Sarah Airo, and she also plays a bit on Jew’s harp, a fragment of a tune that reminds me very much of a Norwegian hardanger fiddle tune I have heard. 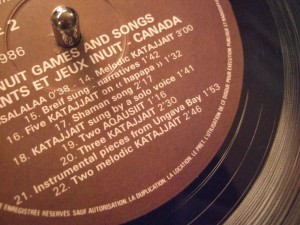 But it was the bowed strings I was really wanting to hear. Sarah’s instrument has a startlingly hoarse low-pitched sound. It sounds to me like she has three strings tuned c#, a, c#’. She is play a very formulaic melody, mostly alternating rythmically between c#’
and f#’. She is using some fast finger ornaments and some fast bowing ornaments to lift the repetitive two-note melodic figure. In the second section she also seems to be playing a passing note (c natural or I suppose b#’ it should be. I fancy she might be fingering this note on the second string but it is hard to say.

Sarah does not really bow the strings together as a continuous drone, but she is definitely using the lower strings as strong steady drone notes. I have a feeling that some of the Karelian jouhikko players use this alternation between the fragments of melody and the drone, as an alternative to the more common technique of playing the melody continuously with the drone(s) also sounding continuously. Sarah’s drones are interesting being a sixth apart; my ear is hearing the high melodic f# as a kind of modal centre, giving the melody a minor sonority.

Now I am even more interested to get the 1950s recording for comparison!