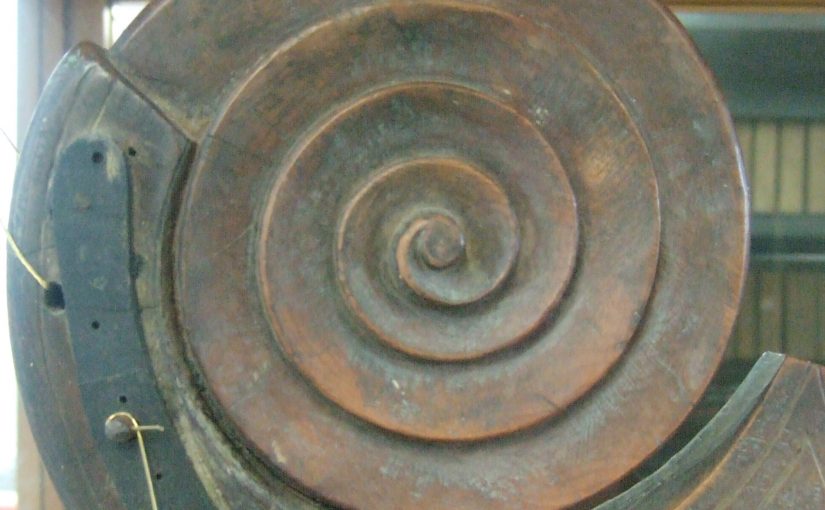 I will count 13 harps dating from c.1650 to c.1750, representing the indigenous Irish harp making tradition in its final and most developed form. I also include a couple of harps now lost, and a few portaits of 18th century harpers with their instruments.

I have mirror-reversed some of these images so that all of the pictures show the scroll as if viewed from the right side of the harp. 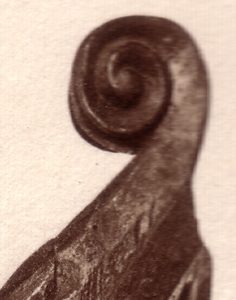 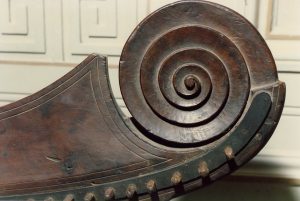 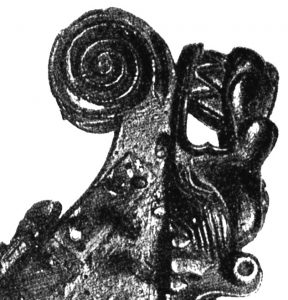 shallow tight scroll turned backwards. There is also an animal head facing upwards / backwards, but I think this is secondary to the scroll. 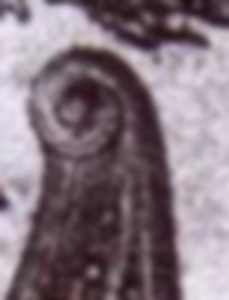 Harps with unclear or damaged scrolls

The portrait by Conn O’Donnell, of a harper (sometimes claimed to be Arthur O’Neill or Cormac Ó Ceallaigh). His harp may have a scroll turned back, but it is almost impossible to say. This portrait is in very poor condition and I have not seen a good reproduction of it.

The pencil sketch of a harper (sometimes claimed to be Charles Byrne holding the Mullaghmast harp) in Bunting’s papers seems to show a turned back scroll, only shown in outline. 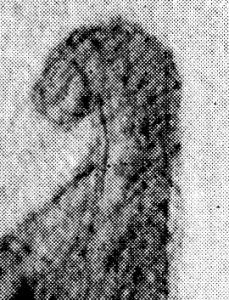 The Mulagh or Mullaghmast harp
scroll, turned back, completely broken off. 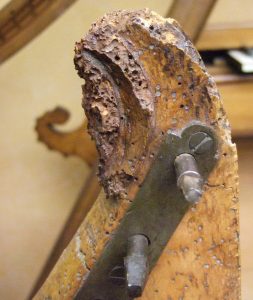 the Rose Mooney or Carolan harp 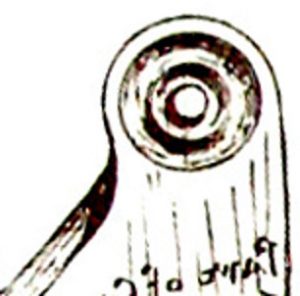 the Malahide 1 or Kearney 1 harp

the Clonalis or Carolan harp 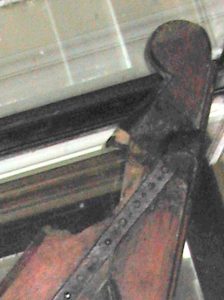 The Downhill harp (made by Cormac O’Kelly, dated by inscription 1702) 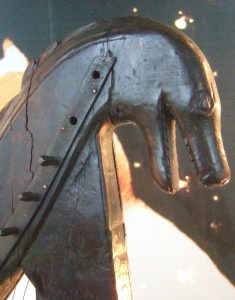 the Sirr or O’Neill harp 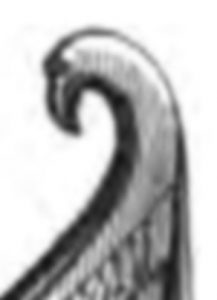 The Bunworth harp (made by John Kelly, and dated by inscription 1734)

A harp belonging to Jonathan Hehir of Limerick, inscribed “Made by John Kelly in 1726” 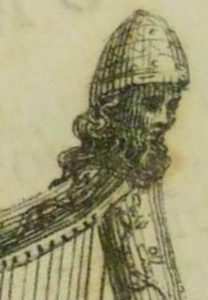 The Otway harp is an archaic “low-headed form” without a finial. Some people suggest it is older than the other harps discussed here, though it is dated by inscription to 1707 and signed by Cormack O’Kelly. 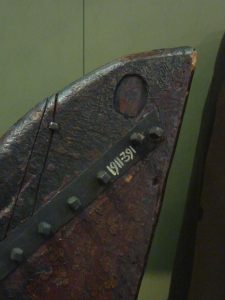 has no finial; however it is possible that there was originally one which has been cut away.

The portrait of Denis O’Hampsey shows a harp without a finial; I think that this is the Downhill harp with its animal head finial broken away before being later repaired. I don’t count this in the conclusion below.

Listed above are 17 examples. Of these, 10 of them (59%) have some kind of scroll (four true scrolls, two concentric non-spiralling scrolls, one plain disc scroll, three damaged or unclear scrolls).

Five of them (29%) have figural finials, three animal and two human. 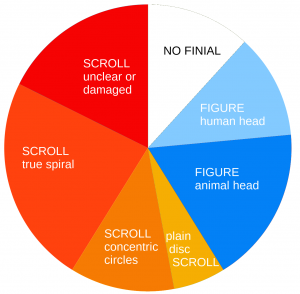