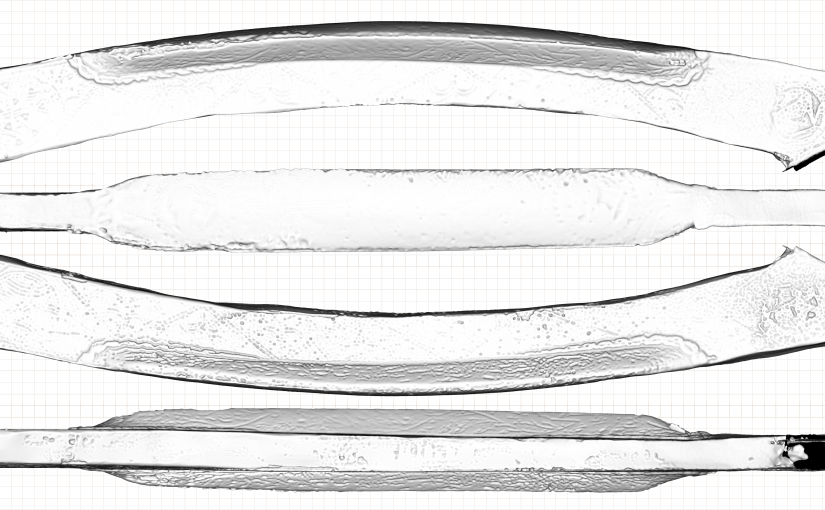 I am very happy to be consulted on any aspects of the design of traditional wire-strung harps.

The information on this page can also be very helpful to anyone who wants to order a harp from a harpmaker. I am always very happy to discuss the choices and options with you. Get in touch if you would like more information.

There are not really any construction plans or instructions for making an old Irish harp. But what there are, is templates and drawings of the old instruments that you can use as a basis for making a new one.

As with any instrument-making, there is no substitute for seeing and handling as many good examples as possible. The best examples of old Irish harps are now almost all in museum collections, and so handling and access to them is naturally restricted. In recent years, highly detailed technical studies and 3D scans are becoming available, which can provide a substitute for hands-on access to the real thing. Good accurate copies are now being made.

Some of the old instruments are broken and damaged and some of the templates and drawings show them in their distorted shape so you need to use some creativity to reconstruct an original working form.

The old harpers in the inherited tradition, from around the 1650s right through to the beginning of the 20th century, played tall floor-standing harps with brass wire strings, and a bass range down 2 octaves or more below middle C. These are the harps which connect to the older strands of living traditional music of fiddle, pipes and song. There are quite a few good models to use for making or commissioning a harp like this.

At the moment we are still trying to understand the constraints of the old inherited tradition, and making (or commissioning) a close copy of one of these old harps is the easiest way to guarantee your new harp will be usable for the traditional repertory and playing techniques.

I am currently working on the Egan-style wire-strung harps, which I have also sometimes called the Society harps or the Hybrid harps. I am still not entirely sure what to call them. They were made from about 1820 through to the 1840s, for the last generations of old Irish harpers in the carrying stream of the inherited tradition.

The original design, 153cm tall with 37 brass wire strings, seems to have been done by the Dublin pedal-harp maker, John Egan, perhaps in about 1820. Other makers copied Egan’s design. There are at least 15 of these harps in museums and private collections, some of them with known provenance to a tradition-bearer in the late 19th century. None of them have been properly studied. As I find more about these instruments I will post the information here.

A lot of our work, to revive or re-discover the lost old Irish harp tradition, focusses on the harpers who came to Belfast in 1792. The music collector Edward Bunting made live transcriptions of their music as they played, and astonishingly his scribbly pages of live transcription dots still exist, preserved in Queen’s University Belfast MS4.

To connect to their tradition and to understand what they were doing at the end of the 18th and into the 19th century requires a copy of the kind of harps they were playing.

The Downhill harp is often considered a great model to copy; it is small, easily carried, and works very well and is easy to set up as a good working instrument. I think it is the ideal harp for a child or small adult because it is a very petite harp. However it has not been 3D scanned, and templates and data are not available. This means that any maker wanting to make a harp copying the design of the Downhill harp is on their own.

I think the Hollybrook harp might be the best model to use just now. It is a neat ergonomic shape and size, and it has a good low bass range. A full report on the Hollybrook harp by Karen Loomis and myself has been published on the HHSI website. The 3D scan is on Sketchfab; Karen has generated a full set of plans for the harp, and there is also a huge amount of other information and analysis about the harp and its construction, decoration etc.

Before the HHSI survey and publication was done, I had already made some very basic and approximate plans based on the Hollybrook harp. You can still see these here, though I recommend you follow Karen Loomis’s templates and commentary instead of my old outdated ones.

Barbara Karlik is gradually publishing her data on the Kildare harp. You can download the 3D scan from Sketchfab, which is a great basis for you to generate templates, cross-sections, etc. Check her website for updates to this project. The Kildare is a very big and elaborately decorated harp.

I studied the NMI Carolan harp, and wrote it up as a peer-reviewed paper: Simon Chadwick, ‘Provenance and recording of an eighteenth-century harp’, The Galpin Society Journal LXXIII, March 2020, p.85-110 & 199-201.

There is a 3D scan which you can view online or download, and my (unsorted) processed templates which I generated from the scan are in Dropbox. All of this material has been released on an open license so you can use it and create your own derivative works freely without restrictions. This is a large and heavy harp. Mostly because of the damage and distortion, there are a number of issues with making a reconstruction copy of it. Get in touch if you want more information.

The Mulagh Mast harp has been 3D-scanned, and the scan is available to view on Sketchfab, but templates and other data are not yet available.

Robert Bruce Armstrong’s book published in 1904 has some technical information about many of these old harps. I usually have a secondhand copy available for sale. It is also available online at the Internet Archive.

I think that commissioning 3D scans of the other 18th century harps would be very useful, because the scan can easily be used to generate accurate makers’ templates. Because these harps are carved from solid, they have subtle curving 3D shapes that are very difficult if not impossible to document by traditional measuring methods. Get in touch if you would be interested in sponsoring the cost of a scan. The more information that gets published, the more we understand how the old harps are designed and made and used…

Looking further back in time…

I often get asked about the medieval Irish and Scottish Gaelic harps. I have done a lot of work on these based on my background as an archaeologist.

I don’t think the medieval harps are useful or relevant for understanding the inherited tradition as it came down to us through the 18th and 19th century tradition-bearers. But I know that some people are interested in medieval re-creationism, and so I have made a separate page with information about the medieval Scottish and Irish harps.