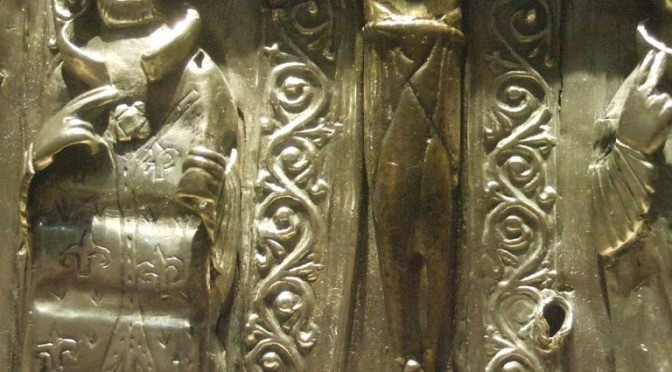 I was in the NMS yesterday and amongst other things I looked at the shrine of the Guthrie bell. This is a medieval silver confection which encases an early medieval iron bell – no-one seems to know which early saint the bell belonged to, but the silver decoration was made and applied in the West Highlands in mid-late medieval times.

My photo shows a late 15th or early 16th century figure of a West Highland bishop, and beside him some embossed silver panels of decoration which are a good match of the forepillar vines on the Queen Mary harp. The inscription is upside down and says “Iohannes Alexan/dri me fieri fecit”. I am not sure who John mac Alex was, though these are common manes amongst the Lords of the Isles who are likely patrons for the remodelling of the shrine in the late 15th century. 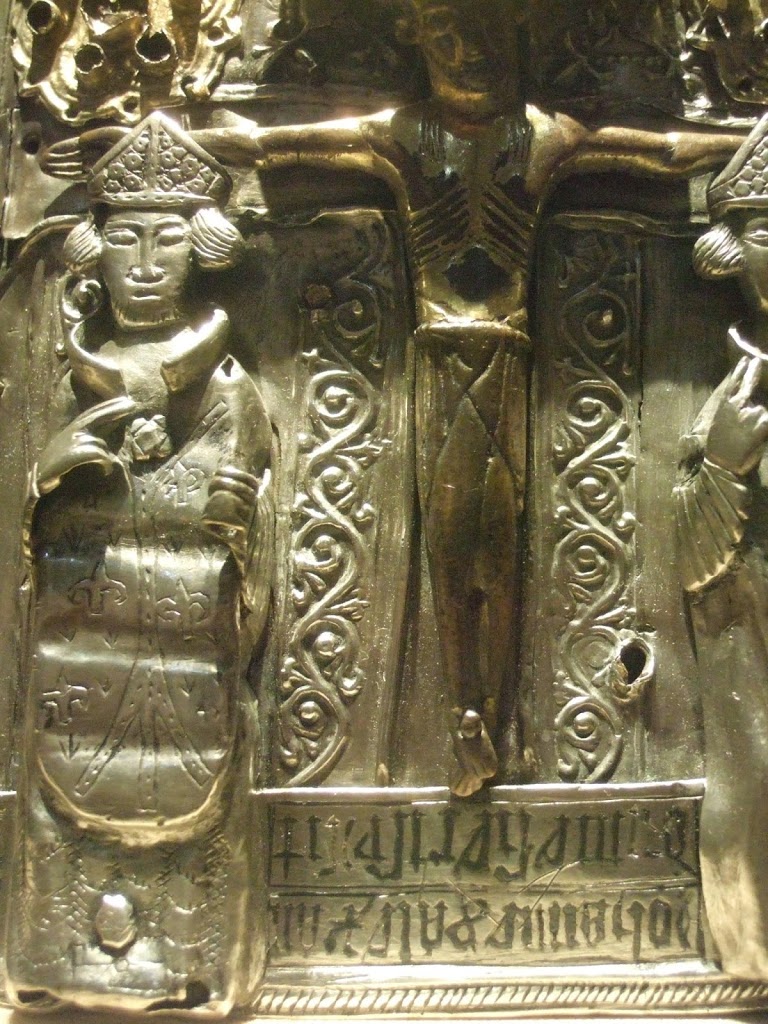