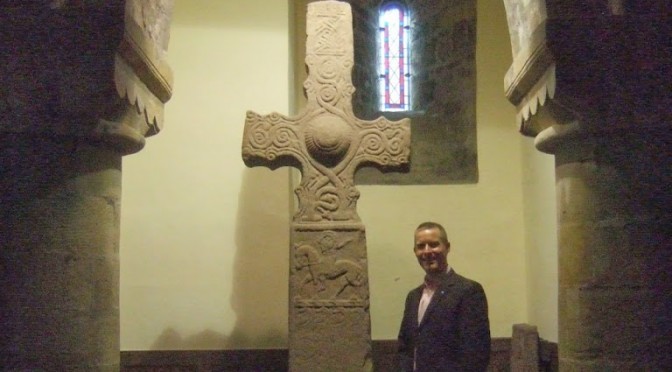 On the way back from Edinburgh this afternoon we enjoyed a large detour which included a stop at the old church in Dunning. Inside this preserved medieval building in the care of Historic Scotland, is the early medieval Dupplin Cross. 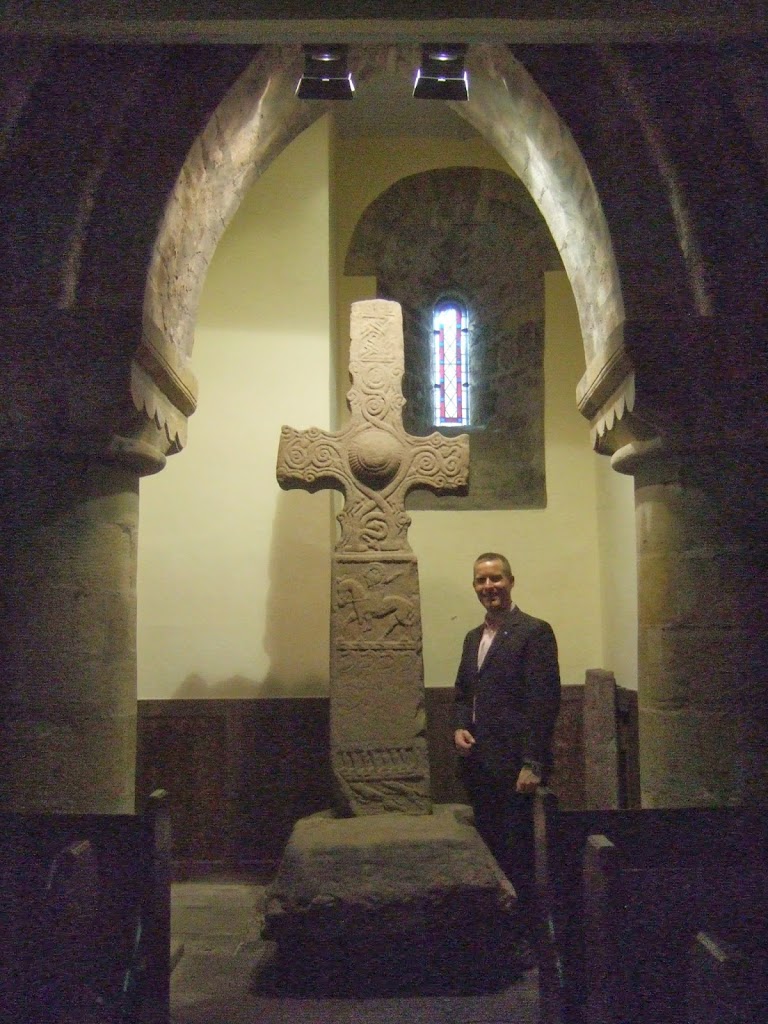 The cross is very well presented in the base of the tower, and is extremely well lit with raking light from above, allowing a good appreciation of the relief carving. Of course I really wanted to see the harpist, King David I suppose, but all of the carved panels were really lovely. The inscription was on the back side and was the least well illuminated so there was no possibility of reading any of it.

Once everything is tidy and I am feeling less tired I will have a better look at my photographs and maybe will have somthing more to say about the David panel on the cross!

Until 1999, the cross stood on the nearby hillside, and although obviously the 1200-year-old carving and inscription is much better preserved now the cross is inside, it seems a shame that it no longer stands in situ, looking down over the ancient Pictish royal site at Forteviot.  I don’t believe the original site is signposted or marked in any way – wouldn’t it be wonderful if a cast or replica could be installed there?