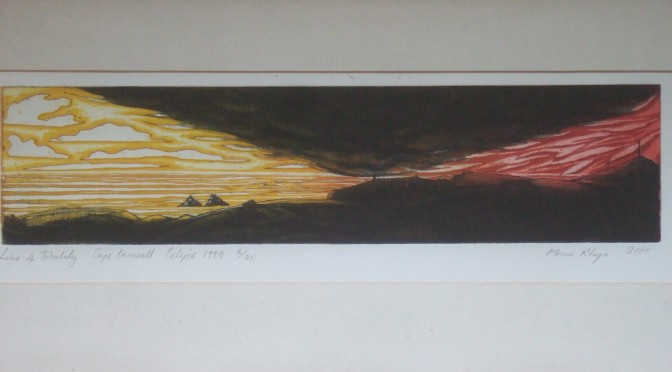 I am looking forward to the eclipse a week today!

For the 1999 eclipse, we went to Avebury, for an open air location with interesting people to watch and trees to see the shadows. It was great fun; a while later I saw an exhibition in Bartlemas Chapel in Oxford by the artist Mona Rhys, and I bought the etching illustrated above, “Line of Totality Cape Cornwall Eclipse 1999”. This area of West Cornwall, by Sennen and St Just, is a favourite holiday destination from my childhood, and the only reason we didn’t head down there to see the totality was the predicted week-long traffic gridlock from eclipse-chasers!

I think the eclipse this time from here will be slightly less, but still something like 95%, so if the weather is good I would hope to see similar effects, the birds roosting and the air getting colder. I will be out in Connemara, but being further West compensates for being further South and so I think it should be almost as good there as it will be in St Andrews.

I also dug out the RGO booklet on the 1999 eclipse and will take it with me to read. And I also checked out the Irish Astronomical Tract with its very sweet late 14th century diagrams of different kinds of eclipse, and explanations of the relative size of Talman, Grian agus Re. Click on the pictures to read online at archive.org – there is a translation on adjoining pages. MS page images are available at ISOS. 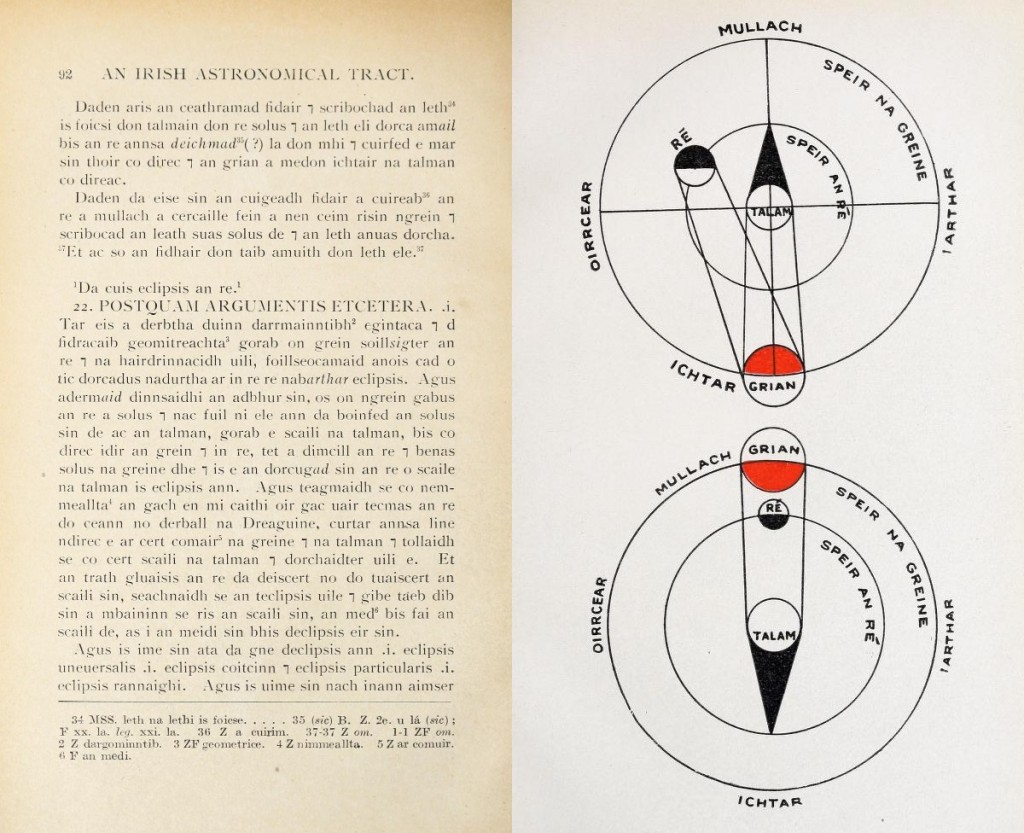 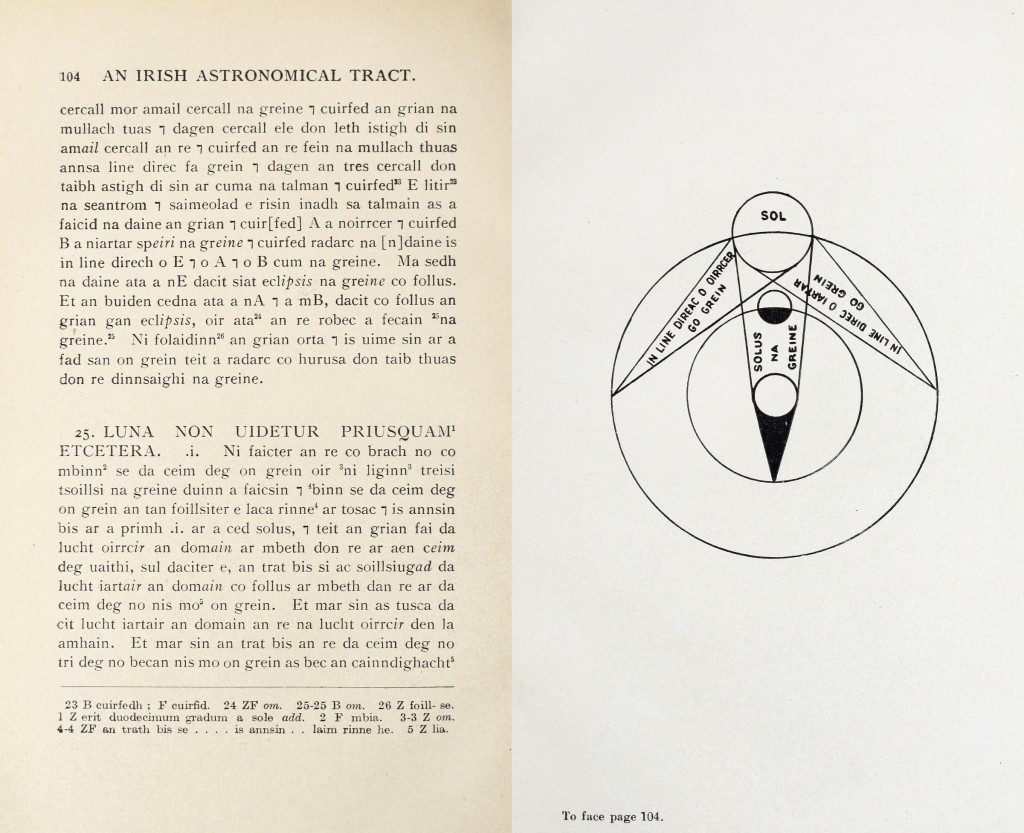