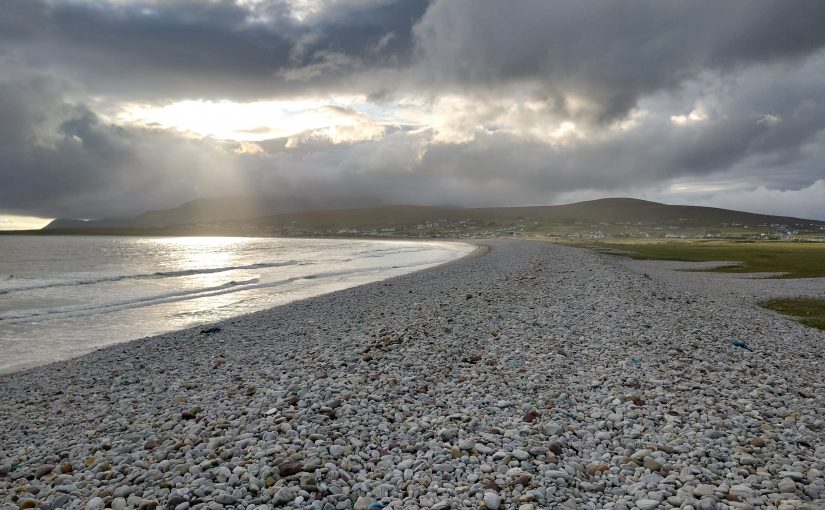 When I went to Achill to do my pre-recorded talk for the forthcoming Achill International Harp Festival online, one of the things I was thinking about was connecting to local traditions and so I was wondering about Mayo harpers.

I started to make a map of who was where when, and this is as far as I got.

You can touch each dot to see the harper’s name, and you can click to get their dates and sometimes a bit more biographical info or a link.

In some ways this is a bit useless, because of course the old harpers toured all over the place. I have used where they were born or where they were “from” with a naïve idea that this tells us something about regional centres of harping.

Some of them can only be located to the county, or broad area – I have given these paler dots, centred on the area.

The thing that leaped out at me was the uneven distribution of these harpers across Ireland. There’s only one that I know of from the southern half of the island; and we can see real concentrations and clustering. We could summarise this as describing the different groups, and then we could think about how the individuals in these groups might be connected to each other.

The biggest grouping is the grouping centred on county Armagh. Patrick Linden in South Armagh was the teacher of Patrick Quin who was born in Armagh city (where his dot is) and who lived in Portadown. William Carr in Portadown was taught by both Quin, and also by Arthur O’Neill in county Tyrone. I don’t know if James Duncan in county Down may have been connected to this grouping or not.

On the north coast, we have Denis O’Hampsey in Magilligan, and Echlin Ó Cátháin originally from Coleraine. Both of these two were unusual in playing with long fingernails, and both seem to have some kind of connection to Cornelius Lyons. There’s also Daniel Black, originally from county Derry, but who later spent a lot of time further East in county Antrim. I don’t know if he has a connection to this group.

There’s a little cluster of three from county Leitrim; Duigenan, Fanning and Byrne. But I don’t know of any connection between these three. Duigenan is the most dubious for this map as he may well have been long dead by 1790, but some traditions say he was still alive.

In county Mayo we have two, Dominick O’Donnell and Hugh Higgins, but I don’t know any connection between these two either.

Then we have the tree isolated individuals. The two women in the midlands, Kate Martin in co. Cavan, and Rose Mooney in co. Westmeath, and then right down in the far south west, Thomas Shea in county Kerry.

My map is only intended for harpers alive in 1790, about the time Bunting started transcribing. Perhaps I will eventually add more layers for the next generation of harpers who learned from Arthur O’Neill at the Society schools in Belfast after 1808, and also for the earlier generations of harpers in the first half of the 18th century – Carolan, Lyons, Mungan, etc.