Practicing for my Carolan concert this coming Thursday lunchtime, I have got the Downhill harp back from my student who usually has it and I was reminded of how I often talk about the importance of using an appropriate instrument for different repertory. Since the earlier days of the historical Gaelic harp revival, there has been a trend for musicians to choose one instrument they feel suits thm personally, and then use it for all aspects of the historical repertory. However I realised early on the value of using different instruments for different repertories, and when I got my Student Downhill in 2006 I was very interested what a difference it made to my understanding of Denis O’Hampsey’s repertory as transcribed in the Bunting manuscripts.

It’s not just that the Downhill harp has the extra bass strings, down to C two octaves below middle c; it is that the whole instrument behaves very differently, with a very different sound, than the medieval Queen Mary harp replica.

The growly, slightly nasal tone of the Downhill’s long strings and slender soundbox really encourage working with the more ‘baroque’ 18th century style basslines and settings which Bunting’s transcriptions show, whereas the shorter strings and wider shorter box of the Queen Mary harp have a much more sweet sound which encourages more use of drones and figured gestures, as you might find in medieval music.

I really think that anyone trying to get to grips with the old Gaelic harp traditions ought to have both types – a replica of one of the small medieval instruments such as the Trinity College or Queen Mary harps, and a replica of one of the 18th century harps. Of course the Downhill has value as Denis O’Hampsey’s harp, but it is actually somewhat on the small size for this repertory, so perhaps one of the bigger harps would be best.

Yesterday we studied all the sources for Carolan’s Fairy Queen in my Dundee Wighton harp class. I had for myself been using the oldest notation, printed by Neale in 1724, but after singing through and discussing them all in class I realised that Edward Bunting’s 1796 notation, said to be from the playing of Arthur O’Neill, was a lot more idiomatic for the harp and a lot more interesting. So today I have been trying to learn this setting, and starting to set it onto the harp. The staccato passage at the beginning of the variation sounds just super on the Downhill! 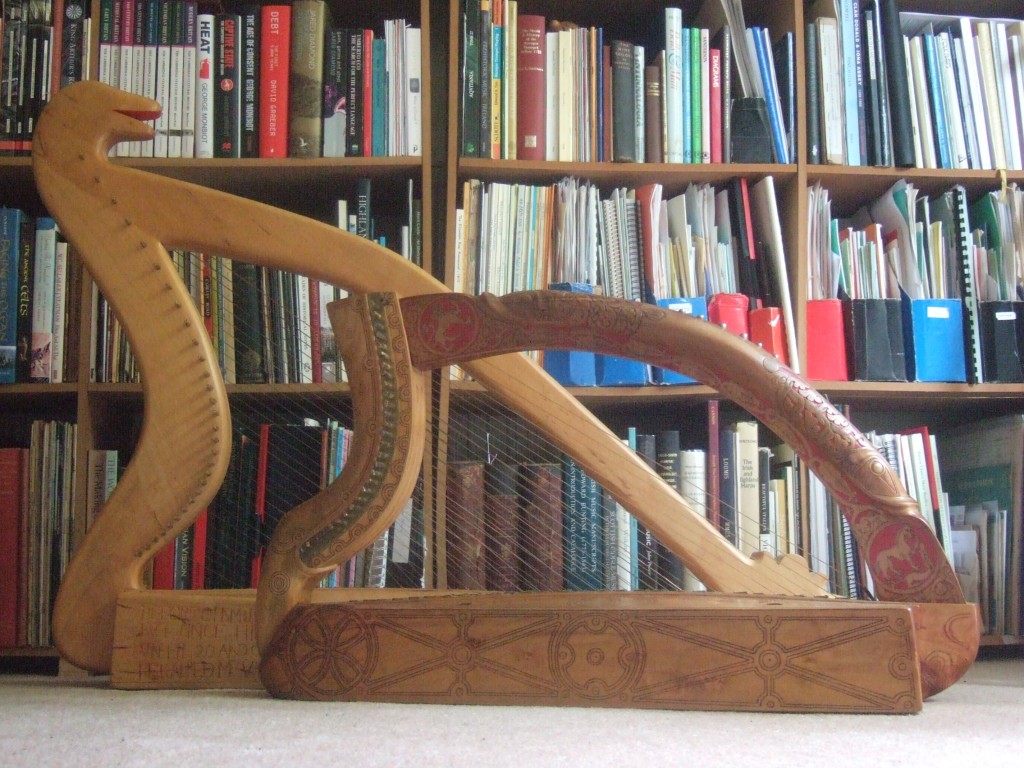