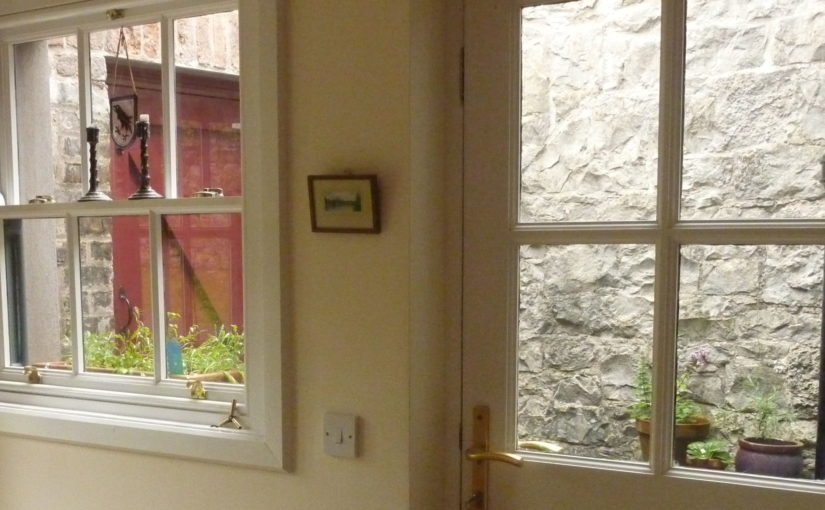 I made a video demonstration of part of the tune of Sean O’Reily, as transcribed by Edward Bunting probably in the summer of 1792.

The transcription is in Queen’s University Belfast, Special Collections, MS4.29 p.109/105/114/f52r. You can see that Bunting has titled this page “Shean O Riely”.

I started working on this transcription thinking it was very clear and straightforward – the first half of the tune makes perfect sense to me. But I can’t work out the second half at all. We could take Bunting’s neat copy at face value, but I don’t really believe that, because there are plenty of underlying dots in the scrappy version of the second half which don’t match his neat copy. If the harper’s performance was a simple and straightforward as Bunting’s neat notation, then surely Bunting would not have struggled to transcribe it? The harper must have been playing something much more subtle and complex.

I almost gave up on this one, but I thought, why not show off this by doing a partial demonstration? Perhaps my video shows Bunting’s understanding of the tune, starting very clear and getting more and more vague and uneasy until he gave up and just inserted this simple ending.

Dating and attribution to a harper

This tune was developed into a piano arrangement by Edward Bunting and was included in his 1797 printed book, as no.49, “John O’Reilly the Active”. You can listen to a recording of Bunting’s classical piano arrangement at Fiachra Ó Corragáin’s website.

However, the same piano arrangement was also included in the proof sheets that Edward Bunting took to London and lodged in the Stationer’s Office in the spring of 1796 (see Peter Downey’s 2017 book). I think that we can be fairly confident, then, that this transcription was not made in the summer of 1796, and was most likely done on his Summer 1792 collecting tours.

50 years later, Bunting noted a tag into his own copy of the 1797 printed book (BL ms add.41508), writing “O Neil” beside this tune. This may indicate that the transcription was taken from the harp playing of Arthur O’Neill, if we trust Bunting’s memory and organisation.

In his piano arrangement, Bunting sets the tune in A, with 3 sharps. In his annotated copy he writes “has 7♭ and 7♮”, and you can see that he has marked all of the high Gs with a natural sign to make the flat 7th, but all the low Gs are left unmarked to be G♯ according to the key signature.

I would class this tune as a neutral mode tune (though Bunting did not understand these modes and tried to set everything in either classical major or classical minor keys). The transcription puts the tune in D neutral, with the harp tuned all naturals. The notes of a neutral pentatonic mode are D E G A C. Our tune does have fairly strong passing Fs, but we can recognise the neutral mode especially in the “double tonic” sections where the C becomes strong as a second alternative sonority (why Bunting made his high 7th flat, basically).

In the transcription, Bunting gives the title “Shean O Riely”. In the piano arrangement this becomes “Seonin o Reilligh fear gasda – John O Reilly the Active”. Donal O’Sullivan (Carolan v2 p88) suggests that this printed Irish title may be an artificial translation from the English “…the Active” original. However, in a tune list on MS4.29 page 145/142/151/f70v we see “Shonee[n] O Reily f[o]r G[o]ste or Shean O Reily [?]smart Lad[?]”, which seems to show that the Irish form “fear gasda” is genuine and primary.

Donal O’Sullivan included this tune in his Carolan, as no.141, under his invented title “John O’Reilly. Second Air”. But O’Sullivan marks the tune with an asterisk showing that he was “doubtful” about its Carolan connection. He suggests a Carolan lyric that could “with difficulty” be sung to this tune but he doesn’t really convince himself at all. No-one else seems to have attributed the tune to Carolan before O’Sullivan included it in his book.