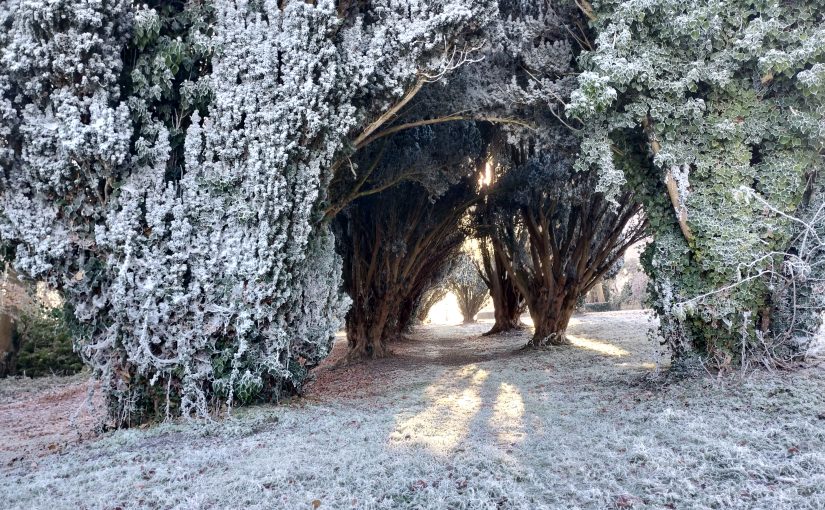 W. J. Winnington was learning to play the traditional wire-strung Irish harp under Valentine Rennie, but he died when he was still a student, in 1833. I don’t think there is much more that we can say about him at this stage. But this post is to remember him, that he was one of our boys.

I only have one source that tells us about W. J. Winnington.

On Saturday 21st inst. in the Fever Hospital, to which he had been ordered by his Medical attendant, W. J. WINNINGTON, a pupil in the establishment of the Belfast Harp Society. He was a young man of amiable disposition, and had given indications of a superior genius for music. It is a remarkable fact, and one which proves the excellence of the manner in which the establishment in question is conducted, that this is the first instance of mortality amongst the pupils, not withstanding the prevalence of cholera and other epidemics.

(There are a couple of other notices in other newspapers but they are just abbreviated reprints of this notice.)

Winnington (we don’t know his first name) was “a pupil in the establishment of the Belfast Harp Society”, that is to say he was studying the harp full time at the Harp Society House in Cromac Street. We know quite a bit about the working of the Society school in the 1820s, but we have almost no information from the 1830s.

We know that the teacher, Valentine Rainey, lived in the Harp Society house with his wife and their infant son. I have not yet written up Rainey’s life but I will at some point in this series. We also know that it was normal for the pupils to be boarded and lodged at the Harp Society house, while they studied full-time for a couple of years. I am guessing that it may have been normal for there to be perhaps four or five pupils at any one time, almost all boys, mostly aged between about 11 and 20 years old.

The pupils would study full time, like at any boarding school. I think their education would be more like a craft apprenticeship than an academic education; they would learn the traditional playing techniques and repertory that Rainey had himself been taught by Arthur O’Neil, which had come to O’Neil from his master Owen Keenan in the 18th century tradition. But I think the boys would also learn practical things for their future work as “artisan” traditional musicians working in hotels or touring round big houses: How to tune and re-string the harp, how to deal with agents, aristocrats, events organisers; that kind of practical knowledge.

Anyway it seems that Winnington was not a new intake in 1833; he “had given indications of a superior genius for music” and so perhaps we can imagine him being admitted perhaps in 1831 or 1832, and having done a fair bit of study under Rainey.

The pupils did not have their own harps when they were at the school; the Harp Society owned harps which were kept at the House and which the boys would use to practice on. The rules of the Society state that when a pupil had finished their education after a couple of years, they would be discharged with a certificate of achievement and good conduct, and with a harp, given to them by the Society. These harps were the floor-standing Irish harps with about 36 or 37 wire strings, which the boys would then use for the rest of their lives as working traditional musicians.

However Winnington never finished his education, never got a certificate, was never presented with his harp.

It is not clear what disease Winnington died of. There was a bad cholera epidemic in Belfast in the previous year, which you can read about in Gillian Allmond’s article in History Ireland, vol 28 no 4, July-August 2020. But I imagine that the fast-expanding city at this time was pretty unsanitary in general.

The Belfast Fever Hospital was on Frederick Street (the site is now the multi-storey car park). The old 1817 hospital building was demolished in 1903, when the hospital moved to the Royal Victoria Hospital where it still operates. The hospital was originally co-founded in 1797 by Dr. James McDonnell who was probably the top medical doctor in Belfast; he was also one of the most important men on the Gentlemen Committee of the Irish Harp Society. McDonnell seems to have been working on the hospital treatment of cholera victims; I wonder if McDonnell was the “medical attendant” who ordered Winnington into the fever hospital?

One thought on “W. J. Winnington”