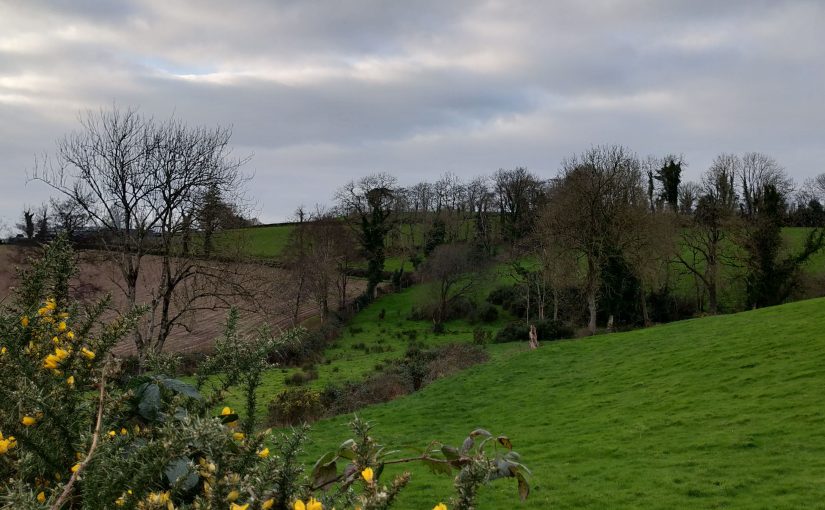 Patrick O’Neil was a young traditional Irish harper at the beginning of the 19th century. We have very little information about him, but I am putting him here on his own post so that we can start to think about who he was, and so that we can add more information as and when it turns up.

Our only actual reference to Patrick O’Neil is in the minute-book of the Irish Harp Society, which is preserved in the Linen Hall Library, Belfast. In the minutes of a meeting of 2nd January 1810 is a list of 12 pupils studying under the teacher Arthur O’Neil.

If Patrick O Neil was aged 13 on 2nd January 1810, that means he must have been born in 1796. He would have been 12 years old when he was enrolled in the Society school in January 1809. There were three boarding pupils already living in the Harp Society House at that point; William Gorman had been there 7 months already; Patrick McGrath had been there four months; and Edward McBride had been there for two months.

The boys were clothed and fed and housed and educated at the Society’s expense; the minute book is mostly about the business of the Gentlemen committee, fundraising, organising the next meeting, setting rules and regulations, etc. so we don’t have a lot of detail about how the school was run. I have discussed this a bit in posts about some of the boys who joined the school after Patrick O’Neil: James McMonagle, James O’Neil, Abraham Wilkinson, and the only girl, Bridget O’Reilly.

There were also three day pupils, who lived in Belfast and who came in every day for their lessons. I have written up one of them, Hugh Dornan; another was Edward O’Neil.

So you can see that there were three pupils called O’Neil, out of the twelve. And the teacher was Arthur O’Neil as well.

Arthur O’Neil is a well known old Irish harper from the 18th century tradition. In about 1808 when he came to Belfast at the beginning of the Harp Society, he dictated his autobiography to a secretary, Thomas Hughes. There are two different versions of this text, titled The Memoirs of Arthur O’Neil. Both the originals are online at Queen’s University Belfast (rough copy at MS4.46, and neat copy at MS4.14), and editions have been printed by Charlotte Milligan Fox in 1911 and by Donal O’Sullivan in 1958. We also have portraits of Arthur O’Neil, and it is possible that we have live transcriptions of his playing in amongst Edward Bunting’s manuscripts.

Arthur O’Neil was employed by the Irish Harp Society as tutor in the Society school, starting in the summer of 1808 (Freemans Journal, 16 Jun 1808 p4).

Each of the pupils needed a reference to be admitted as a pupil. Patrick O’Neil’s reference is very noticeable because he was recommended by Arthur O’Neil. We can also see that Patrick O’Neil was “from near Dungannon”. Arthur O’Neil himself was from near Dungannon; he was born in Drumnastrade which is just south of Dungannon town. My header photo shows the landscape at Drumnastrade. Arthur O’Neil retired and died in November 1816, a few miles further south in Maydown, near Benburb. His brother Ferdinand O’Neil lived in Glenarb, near Caledon, a bit further south, and Arthur O’Neil was often at his brother’s house in between his work trips.

We have a reference to Arthur O’Neil having a young son. On 7th July 1798, some Yeomanry soldiers went to Ferdinand’s house; they shot Ferdinand’s wife dead and burned the house down. After that there was a court-martial of the commander of the soldiers (he was let off, of course). A few of the witnesses mention Ferdinand’s nephew, the harper’s son. One witness says:

…That [the commander, Lieut. William Hunter] and others brought out the children, and a harp, in the rear of the house. That a boy who he supposes to be the harper’s son, on his coming out of the house told [Hunter] and others of the party, that they should take care of themselves, for that [Ferdinand] O’Neal had a weapon, with which he would kill some of them.

But Patrick was only born in 1796 if we believe the Harp Society minutes so he would have been about 2 years old at the time of the burning. I think this is a bit young for the reported speech, so I don’t think our Patrick is Arthur O’Neil’s son.

But of course Patrick could have been a nephew, or other relatives. It seems to me that the harp tradition in the 17th and 18th century was not particularly hereditary; we do have a couple of father and son connections, and we have a few uncle and nephew connections.

We can also think about the other two O’Neils in the harp school in 1810. I have already written up James O’Neil, who joined the army in 1812, and may well have gone to India. James was old enough to have been the son, but he is said to be “from Dungannon” (rather than from “near Dungannon”).

We don’t have any information at all about Edward O’Neil because he was a day pupil not a boarder.

In 1816, we find two harpers, O’Neill and Caroline, performing in Belfast.

CONCERT
The Concert for Mr. ARTHUR O’NEILL’s benefit, will be held at the Exchange-Rooms this evening. Messrs. HEWETT, SCRAGGS, HEILENDALL jun. Mrs. KELLY and Miss ESCHER are to be of the Vocal party; and Mr. HART on the Musical Glasses; and O’NEILL and CAROLINE on the Irish Harp, are to play a number of the most favourite airs. From such a combination of musical talent, we anticipate an evenings amusement well worthy the attention of the lovers of song; and whilst they are delighted with the well known abilities of the performers, it must be a pleasing reflection to persons of every taste, to know that the money received on this occasion is to be charitably disposed of.
The performance will commence at a quarter before Eight o’clock, and the door will open at Six. – Books of the performance to be had at the door at 2½d. each

I have already discussed this in my post on Carolan, who I think may have been a pupil who entered the Harp Society school after June 1810 (you can see the collation of different harpers’ dates on my timeline). I think that Arthur O’Neil was retired and living in Maydown by 1816, and I think that James O’Neil was probably in India with his regiment, and so I assume that the other performer was either the day pupil Edward O’Neil, or our man Patrick O’Neil.

I don’t have any more information about Patrick O’Neil.