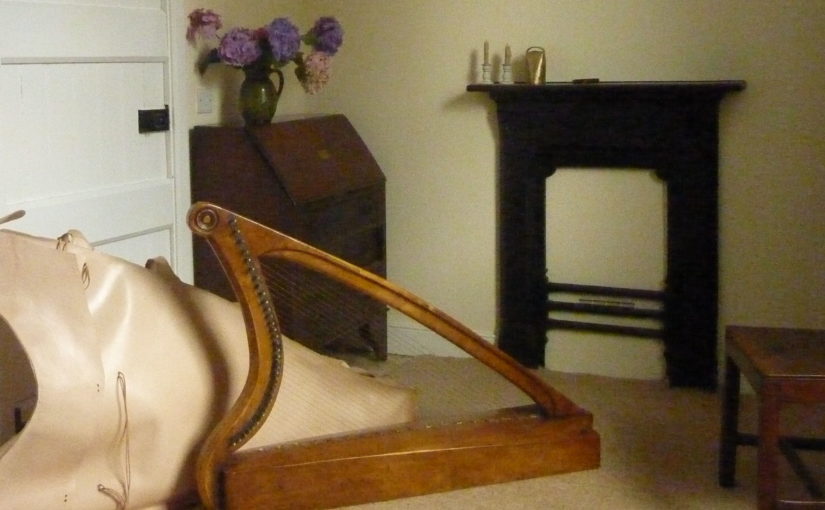 I made a video demonstration of Madam Maxwell (DOSC 101), based on Edward Bunting’s live transcription from an old Irish harper in the 1790s.

The live transcription is on Queen’s University Belfast, Special Collections MS4.29 page 102/98/107/f48v, on the same page as “Have you seen my Valentine“.

The tune had already been published by Lee in c.1778 as “Madm Maxwell” (no.32 in the Broderip & Wilkinson reprint). We know that Bunting sometimes prioritised earlier published settings of tunes over the versions played by the harpers, and that he sometimes took copies of earlier published versions of tunes with him on his collecting trips, so that he could check the harpers performances against them. Certainly, Bunting seems influenced by the Lee print in his 1798 MS33.3 piano arrangement, doubling the note values to set the tune in 4/4 the same as Lee. In the 1830s piano arrangement he goes back to the shorter note lengths of the transcription, setting the tune in 2/4.

In any case, the live transcription in MS4.29 p.102 is clearly noted from the playing of a harper. It shows the melody with quite a few bass notes, indicated by the letter B written beneath them. Though the tune is not barred, it is pretty clear how the notes fit into the rhythm.

This transcription is an interesting case study for old Irish harp bass style. The bass notes are inserted at the ends of phrases, at what I might call cadence-points. They emphasise the line-endings or phrase-endings. I notice that many of the bass notes don’t provide harmony at all; indeed, some of them need to be silenced almost immediately otherwise they work against the sonority of the melody. Do we understand this as a similar thing to what we can hear in the pipes regulator use of some Irish pipers, who “toot” the regulators at a line end and shut them off again promptly before continuing to the next line? Listen, for example, to Patsy Touhey playing “Molly MacAlpine” in about 1904.

Here’s Tony O’Connell playing Madam Maxwell (DOSC 101) on concertina. Listen to his bass / harmony notes. He starts out more spare than our harp version, and ends up more rich and lush, but I think some of the basic principles are similar:

One thought on “Madam Maxwell”