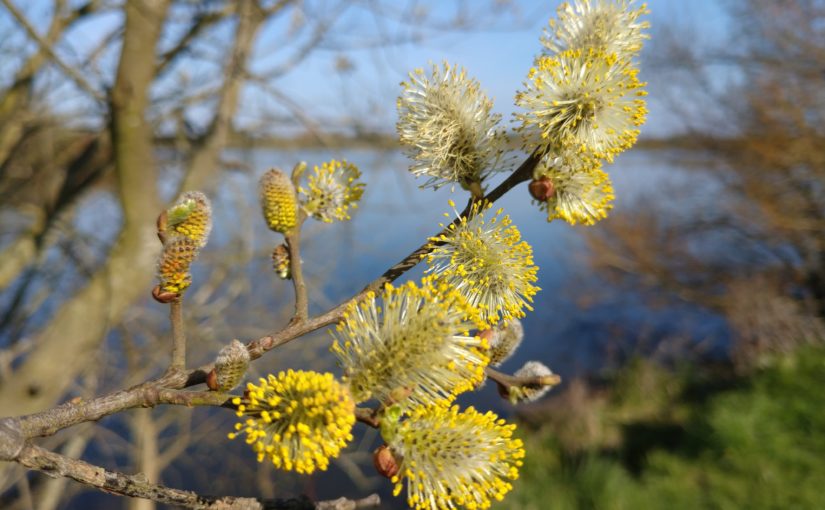 In Edward Bunting’s notebooks from the 1790s, there is what looks like a live harp transcription version of the Carolan tune, Madge Malone (DOSC 98).

The transcription is on Queen’s University Belfast, Special Collections, MS4.29 page 234/232/241/f115v. It shows what seems to be a dots transcription expanded out with note stems and beams. Then Bunting has made a neat copy based on and derived from the transcription, on the facing page 235/233/242/f116r.

This is a lovely tune, and this transcription has lots of interesting harp idiom in it. But, it is the only source for the tune of Madge Malone as far as I am aware. Because we have three consecutive versions (the transcription, the neat copy, and the published piano arrangement), we can use the changes from one to the next to understand Edward Bunting’s working method, starting from him listening to a live performance by an old Irish harp tradition-bearer, and finishing with a very pianistic classical arrangement intended for wealthy piano amateurs.

I have tried to make a typeset version (PDF download) and a machine audio of the p.234 transcription notation. There are problem places; I have tried to resist the temptation to read the p.235 neat copy here.

The biggest problem area is the end of the first system of the manuscript (end of the second system on the pdf). There are clearly some underlying dots, but Bunting has obliterated them with his later heavy over-writing. The three lines slanting up to the right are how he deletes dots he doesn’t want. He has also over-written a “+” sign with a heavier “tr” sign. There is also a “B” sign (to indicate a bass note). I did check the page 235 neat copy but I can’t work out what the original transcription version was for these bars.

Other places worth noting are in the middle of the third system, he has corrected and re-corrected the high note in the middle, until it is just a big blob, and so he gives up and writes “G” to show which note he means. And towards the end of the fourth stave, there is a huge gap between the G and the A, but Bunting has drawn a hugely long beam to join them together as part of a group. We could sit for hours to try and discuss the reason for this very odd bit of notation. I presume that the stems and beams were written onto pre-existing transcription note-heads, but that simply begs the question of why the transcription dots have such a big gap at that point.

Bunting’s development of this notation

We can see Bunting’s three notations as representing his development of the tune. He starts by sitting beside an old Irish harp tradition-bearer, who plays the tune of Madge Malone for him.

Step 1 in Bunting’s process then is to write down the dots transcription on MS4.29 page 234 which we have just been looking at. He may also have added the note stems and beams at this point.

Step 2 is making a neat copy of the transcription notation, on the facing page 235. He is already changing things here. I believe we have to understand these changes as Bunting using his piano training and his classical aesthetic to “normalise” the tune in piano terms, i.e. to de-traditionalise it; to straighten up or eliminate features of the tune which he either does not understand, or which he thinks are undesirable for a piano arrangement. He may also have added the heavy over-writing on the original transcription page at this time. I don’t know how soon after the transcription session this second stage was done; it could have been instantly, or it could have been months or even years later.

Step 3 is the published piano arrangement, no.36 in the 1797 book. Presumably there were manuscript draft piano arrangements which were sent to the printers, but these do not appear to have survived.

My guess is that the first transcription version presents pretty much what the harper played, but compressed up into the treble clef, and with accidental omissions or errors of transcription. I do not think Bunting’s developments have any value for us in trying to reconstruct these holes in the live transcription version. Even though the transcription is incomplete and slightly corrupt, I think there is plenty of scope for creating an idiomatic old Irish harp realisation of this transcription notation without having to add anything to what is written on page 234.

Dating and attribution to a harper

According to Peter Downey (Edward Bunting and the Ancient Irish Music…, Lisburn 2017) this tune does not appear in the May 1796 proof sheets, so it is possible that the page 234 transcription could have been done in the summer of 1796. But it is also possible that the notation was done in the summer of 1792. (see my Collecting trips post for more on the chronology of these different trips)

Almost 50 years later, Bunting write attributions into his own copy of the 1797 printed book (London,, BL add ms 41508). Against our tune he wrote “Harp Mooney”, which seems to mean that he believed then that he had collected the tune from the playing of Rose Mooney. We have very little solid information about Rose Mooney; there is a bit of anecdote from Arthur O’Neil; there is a description of her harp from James MacDonnell; and there are piano arrangements tagged “Mooney” from Edward Bunting. My old page on earlygaelicharp.info summarises this information.

I think there is a close stylistic connection between the way that Madge Malone is noted on pages 234 – 235, and the way that Ríoghán an uaigneas is notated on page 233. This suggests to me the possibility that both tunes may have been transcribed in the same session, or at least on the same trip.

In the 1797 printed book, Bunting prints the title “Nreagud ni maoleoin Madge Malone – Carolan”. Ignore the bizarre spelling of the Irish script part of the title – I think someone has mis-read the “M” and written “Nr”, which would give a slightly more literate “Meagud ni maoleoin”. It is more significant because as far as I can see this is the only place where this tune is claimed to be Carolan’s.

Donal O’Sullivan includes this tune in his Carolan (1958) as no.98. He doesn’t understand the process of de-traditionalisation and pianisation described above, and he prefers the 1797 published version. He gives some useful speculation on the identity of Margaret Malone, suggesting she was the daughter of John Malone of Cartrons in County Westmeath. It is certainly possible that Carolan composed this tune for her, but cannot be said to be proved.

In his Bunting part II, 1930, O’Sullivan lists other tunes or songs with Malone titles, but says that none of them is related to our tune.

In his autobiography, the harper and tradition-bearer Arthur O’Neill mentions the tune title Madge Malone:

…I went,
Into the Coy of Tyrone
And stopped at Ned Conway’s near Newtown Stewart, He had a Daughter
that play’d the harp uncommon well, Miss Conway and I were Closetted together for 3 Weeks
exchanging Tunes – she gave me “Dr Hart” and I gave her “Madgey Malone”
and several other Tunes mutually that I cannot Remember at present.

I think this is interesting for giving us a spelling of the title; it also has a lot of flavour of the social context of these tunes, with the blind professional harper O’Neill presumably being paid to teach the daughter of the house, who I presume was an amateur player.