I have been reading the recent book of studies on The Lordship of the Isles, edited by Richard Oram and published by Brill in 2014. My first thought was this was a book I should have, and possibly also carry in the Emporium, but the eye-watering price is just beyond reasonable. Luckily the University Library here carries this series. Some of the essays are a little technical for me, but others give a really useful overview of the culture and politics of the Lords of the Isles in late medieval West Scotland.

I have also been reading David Caldwell’s interim report on the excavations at Finlaggan, and the NMS book Angels, Nobles & Unicorns to get more of a sense of the artistic milieu of this time.

One of the big questions for me is the question of how the medieval ceremonial music changed over time. I have various traditional tunes I am listening to, in vocal and pipe settings, and I am wondering how we might use archaeological or typological analysis to order their styles from earlier to later. There is always a challenge there – are we seeing an art form develop to become more refined and sophisticated over time? Or less? Is a more geometrical tune likely to derive from earlier in the sequence, or later?

I am implicitly assuming step-changes around say 1200 and 1750, the former connected with the developments of classical Gaelic poetry in Ireland and Scotland, and the latter with its decline and replacement by vernacular forms. We can see the latter boundary clearly enough in music, with the final extinction of the clarsach tradition in Scotland (though the harpers in Ireland continued for another century, 1750-ish marks the end of new compositions). Also we see the pìobaireachd tradition being written down and so becoming more ossified by the late 18th century; transmitted sure, but no longer fully alive and developing.

There is of course much less to be said about musical changes c.1200; there is the Cadwedigaeth Cerdd Dannau, telling of the conference at Glendalough in c.1100, where the master musicians of Ireland brought together and codified all that was best in Gaelic music, and incidentally sent their conclusions to Wales to form the nucleus of medieval Welsh string music. Could this be seen as potentially part of a wider musical reformation in the old Gaelic world? Does it relate to developments in instrument design and manufacture? Is the 12th century a plausible date for the flowering of clàrsach design into its “classical” form as exemplified by the Queen Mary and Trinity College harps?

I don’t know, because the dating of all these things is so up in the air. But this is the kind of “big picture” I am groping towards. 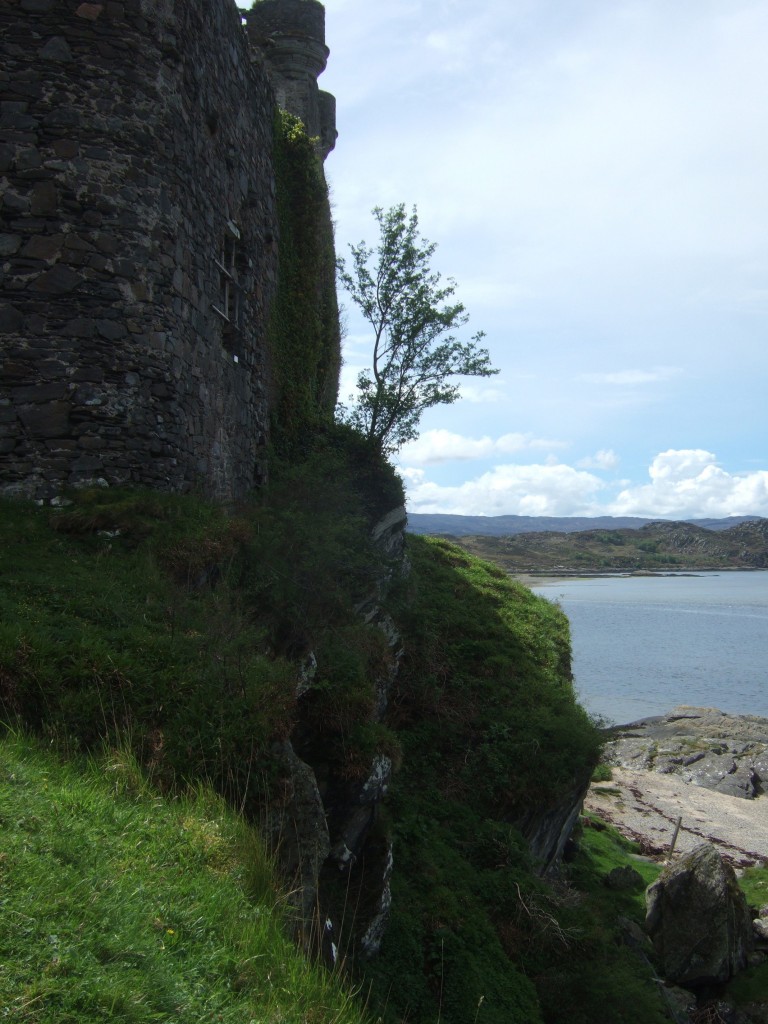 My picture today shows Castle Tioram, the seat of the MacDonalds of ClanRanald, and one of the medieval castles of the Lords of the Isles.