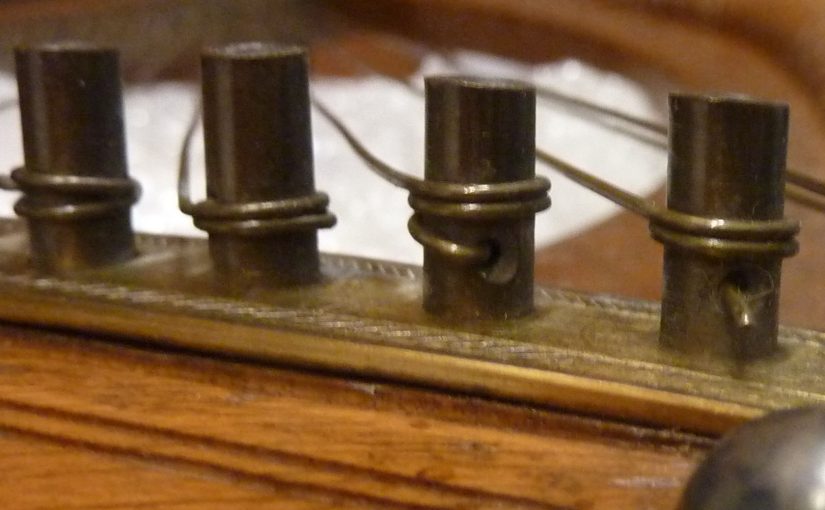 In the early 1900s, the Belfast carpenter William Savage and his younger brother Robert made a very decorative copy of the medieval Brian Boru (Trinity College) harp. When the harp was finished, brass wire strings were fitted by George Jackson.

George Jackson had learned harp from Patrick Murney, in a lineage going back to the 18th century Irish harpers. I recently started to wonder if some of Jackson’s strings might still be on the harp.

END_OF_DOCUMENT_TOKEN_TO_BE_REPLACED 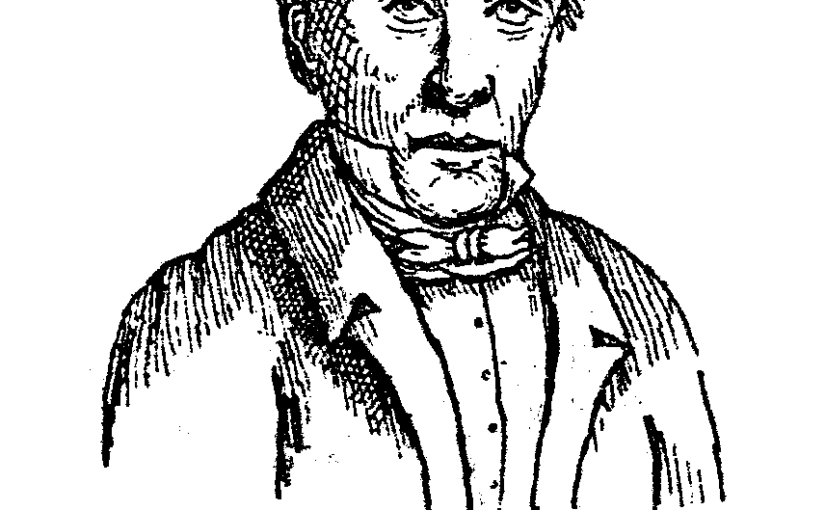 File AI.80.019 in the NMI archive contains papers associated with a harp (NMI DF:1980.6) which is said to have originally belonged to Valentine Rainey, master of the Belfast Harp Society school in the early 19th century. The file includes letters relating to the purchase of the harp, as well as photocopies of a selection of other documents which may have come with the harp; there are some pages from Charlotte Milligan Fox’s book, Annals of the Irish harpers (1911), a photo of the harp with some information about its provenance, and a couple of handwritten pages of information about harpers.

There is no other information about these handwritten pages; all we have is the photocopies themselves. One is obviously a quick draft version, and the second a neater and slightly fuller version. The handwriting is difficult to read. This is my transcription of the two sheets.

END_OF_DOCUMENT_TOKEN_TO_BE_REPLACED

From the Minute Book of the Irish Harp Society, Belfast, some time in the first few months of 1810:

The Committee proceeded to an investigation of certain charges made by Arthur O Neill our Harper against Bridget O Reilly and Edward McBride two of our Scholars for having an Improper Connection. They were unanimously of opinion that such charges have been altogether groundless, false and unfounded

(the previous page is dated 6th Feb 1810; this may be from that meeting or may be from an subsequent undated meeting. The entry is followed by a few blank pages and then the next item, in a different hand, is dated 8th May 1810.)

Bridget O’Reilly was from Virginia, County Cavan. She was a student of the Irish Harp Society school starting in September 1809.

When I first strung my first harp with brass wire, I ordered only four reels of brass from Malcolm Rose, in just four gauges of wire. I was inventing my own stringing regime, and I was inspired by the late 19th century scheme on the harp in the Kingussie museum, which was measured and published by Keith Sanger and Alison Kinnaird in Tree of Strings (appendix  A, p.213)

I thought it was not sensible to follow a late Victorian revival scheme, and the jumps in tension and touch between the gauges seemed crude, and so I purchased more reels to fill in the intermediate gauges, and ever since I have (like others working in this field) aimed to have gentle transitions in tension and touch from one gauge to the next.

END_OF_DOCUMENT_TOKEN_TO_BE_REPLACED 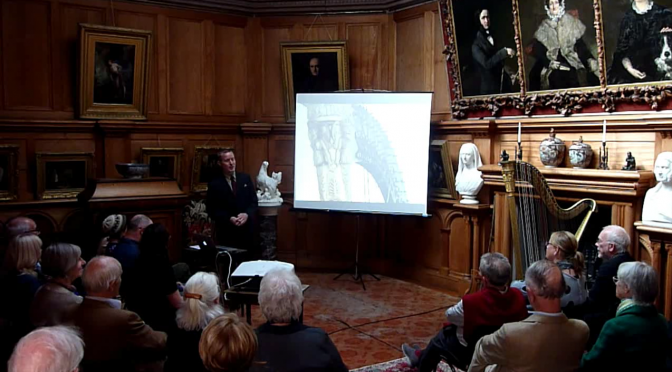 On Saturday I was at Hospitalfield house, near Arbroath. This amazing 19th century country house is now conserved and run as an arts centre. A recent project was to restore the Erard Grecian double-action pedal harp that has been at the house since about 1830.

Saturday’s event was an inaugural concert for the newly-restored harp, and I was asked to give the pre-concert talk on the harp and its place in Scottish music. END_OF_DOCUMENT_TOKEN_TO_BE_REPLACED

The video camera malfunctioned so there’s no video of the event for you. But here’s the complete audio: END_OF_DOCUMENT_TOKEN_TO_BE_REPLACED

When they asked me if I could come in and do a concert of medieval harp music to tie in with the exhibition, I started thinking of musical parallels to this rediscovery. END_OF_DOCUMENT_TOKEN_TO_BE_REPLACED